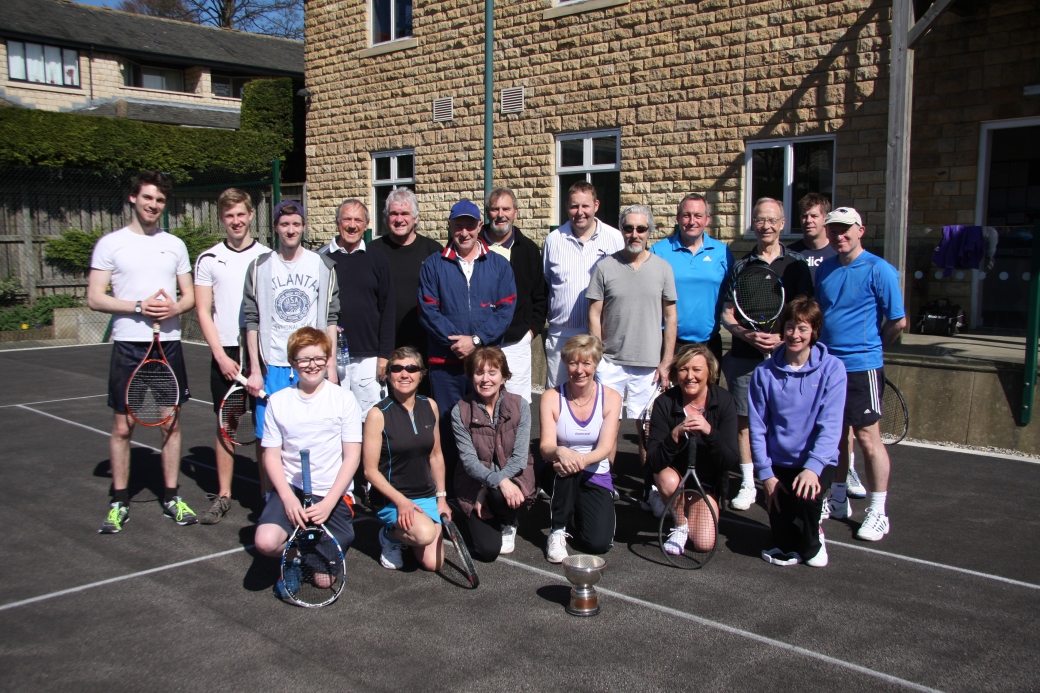 Once again we were blessed with a beautiful sunny afternoon for the Pauline Mutch start of season tournament.

A good turnout had witnessed the visit of LTA president Cathie Sabin earlier and this event followed.

Players were asked to compete in five rounds with different partners and record their total games in those spells which consisted of 15 minute periods.

Rachel Butterworth was to ultimately retain her ladies title after obtaining 17 points and a week after his success in the Mixed tournament with Boston Spa, Mike Triffitt was once again in the winners enclosure with a winning score of 20 points to clinch the men’s award.

A big thank you to Mike Butterworth for organising this tournament and ensuring its smooth running.