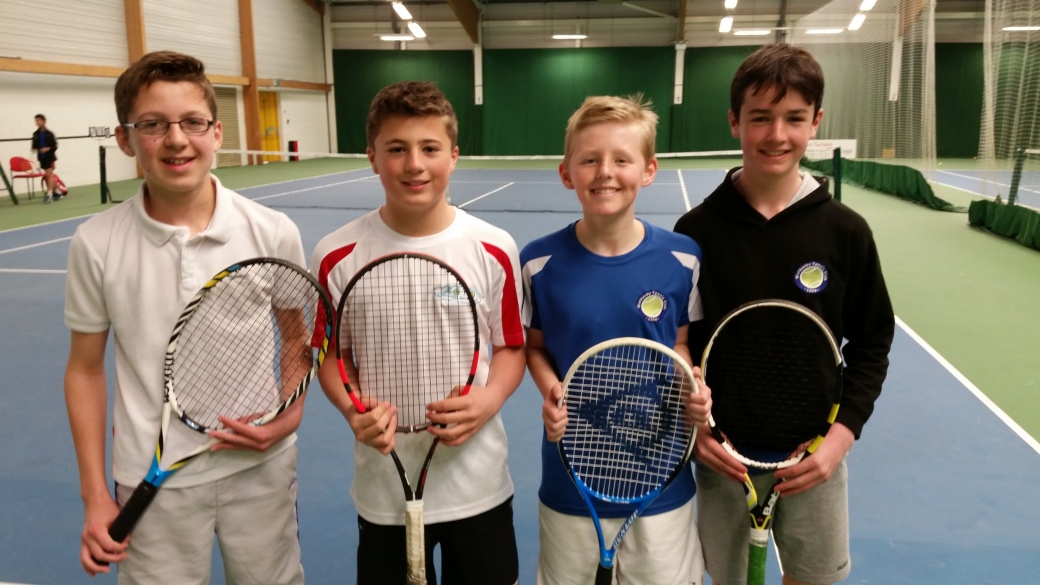 The Under 14 team were in action this morning for their opening Leeds League fixture of the season.

They faced a strong John Charles outfit who had finished runners up last term and dished out a 5-1 hiding to our chaps in the process.

Wetherby were able to select from strength and were buoyed with the news that the home sides number two was out with a leg injury.

However arguably the player of the competition Leo Van was captaining the home side and he again showed his undoubted class in beating Wetherby number One Dan Wright 4-0,4-1 in the opening singles game. The score line was a little harsh on Wright who himself played some wonderful tennis in a game of real quality.

Charlie Dixon managed to get Wetherby back into the winners enclosure when defeating one of the top girls Izzy Dobney, recording an impressive 4-1,4-2 success.

Over on court three Angus Harte and Bradley Triffitt were playing their doubles rubber. After winning the first set 4-1 the boys were confident but John Charles came roaring back to win the second set 4-1. This meant a final set tie break with the Leeds based side running out narrow 10-6 winners.

Trialling 2-1 going into the final round Angus Harte levelled the score with a 4-2,0-4,10-4 win in his singles but again Leo Van was in unstoppable form in the doubles as along with Dobney they beat Wright and Dixon 4-1,4-1.

This meant all attention was on court two where the youngest member of the team Bradley Triffitt was battling to earn a win that would level the match. After winning 4-1 in the opening set he lost the second 4-1 which therefore saw a final set tiebreak. The watching parents were on the edge of their seats as Bradley managed to win 10-8 with fingernails down to the bone!!

So a tremendous draw for the lads who to a man battled superbly against one of the title favourites.