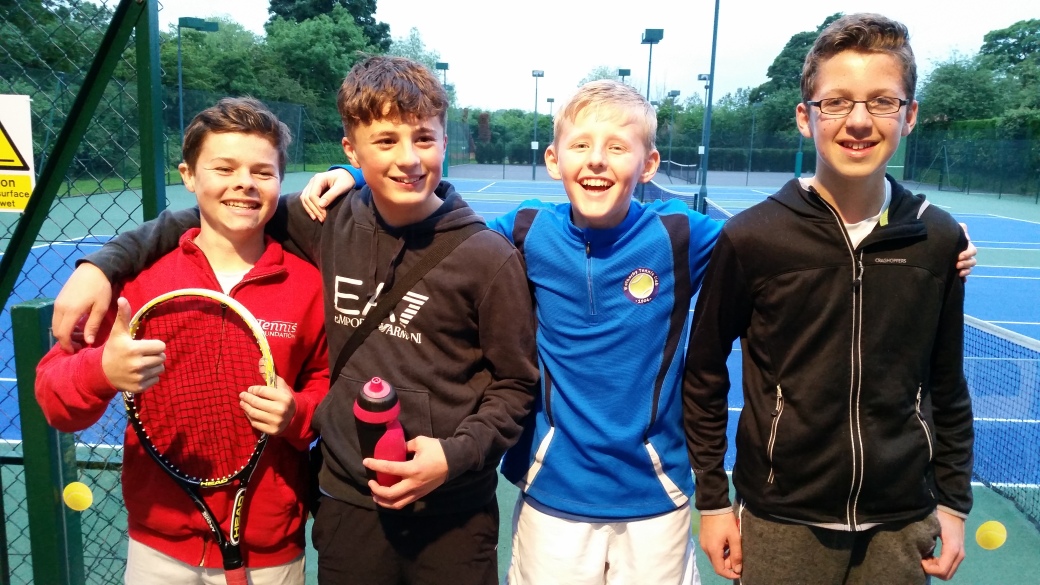 Wetherby Under 14 were back in action on Friday evening as they hosted fellow mid table outfit Horsforth at Castlegarth. After opening their campaign with two draws and a loss the boys were hoping to break their duck tonight with weather conditions damp and dull.

The always reliable and consistant Dan Wright played seed one for the hosts and he played Horsforth boy Matthew Pickmere. There was a lot of baseline rallying but Wright, who is a hard hitter and lovely groundstroke player, wore down his opponant to run out a cosy winner by two sets to nil winning 4-1,4-1.

Charlie Dixon was playing seed two and has been the cornerstone of the squad for a while now. He too is a good baseliner but found his opponant Tom Hobson a tough nut to crack. A fellow baseliner this rubber was to last the longest of the evening as neither gave an inch in a fascinating battle. Hobson took the opening set 4-5 after a tiebreak but Dixon rallied to win 4-2 in the next to take the game to a third set tiebreak decider. Finally after some nerve racking tennis Dixon ran out a narrow winner by 10-8 to clinch the rubber.

Meanwhile Macauley Lee, playing three and Bradley Triffitt, playing four were involved in their doubles match against George Fearnley and Jack Dougill. The Wetherby pair had been sluggish in training the night before but were revitalised here to combine exceptionally well. Both enjoyed fine baseline play along with strong volleying and smashing which saw them produce some wonderful tennis. They saw off their counterparts 2-0 winning 4-2,4-0 to the delight of the watching parents and coach Paul Archer who looked particularly proud.

So at the half way stage Wetherby had built a useful 3-0 lead knowing one more win would secure the points.

Macauley then played Fearnley in his singles game and was able to maintain his impressive form in front of a decent crowd on Court One. He won the opener 4-2 before holding his nerve in a second set tie break to run out a worthy 5-4 winner for a 2-0 victory.

Bradley played Jack and this time both played well from deep. However Triffitt managed to introduce a short game into his play which proved decisive and resulted in a 2-0 success by 4-2,4-2. It was the first occasion he had won both his singles and doubles on the same card and he looked delighted.

This left Wright and Dixon to complete the evening with a doubles match against Pickmere and Hobson that was to prove a real edge of your seat encounter. The visitors won the first set 3-5 but Wetherby won the second 4-2 to set up a grand finale third set tie break.

With both pairs seemingly reluctant to approach the net rallies were extremely long from the baseline with the roller-coaster scoring seeing both teams face several match points. Eventually with the light starting to fade and the rain beginning to fall, Wright and Dixon tasted victory with a 13-11 win in an amazing match.

So the lads triumphed 6-0 to record their first win of the season. Horsforth played well and contributed to an enjoyable evening and will probably feel hard done by to suffer a whitewash.

Next week the team travel to title favourites Chapel Allerton who are already looking like they will take some stopping at the head of the section. Chapel are the defending champions and produce a convey belt of talent at junior level so it will be a tough ask to return with the points.

However for tonight lets enjoy the sweet smell of success and a big well done to all concerned. 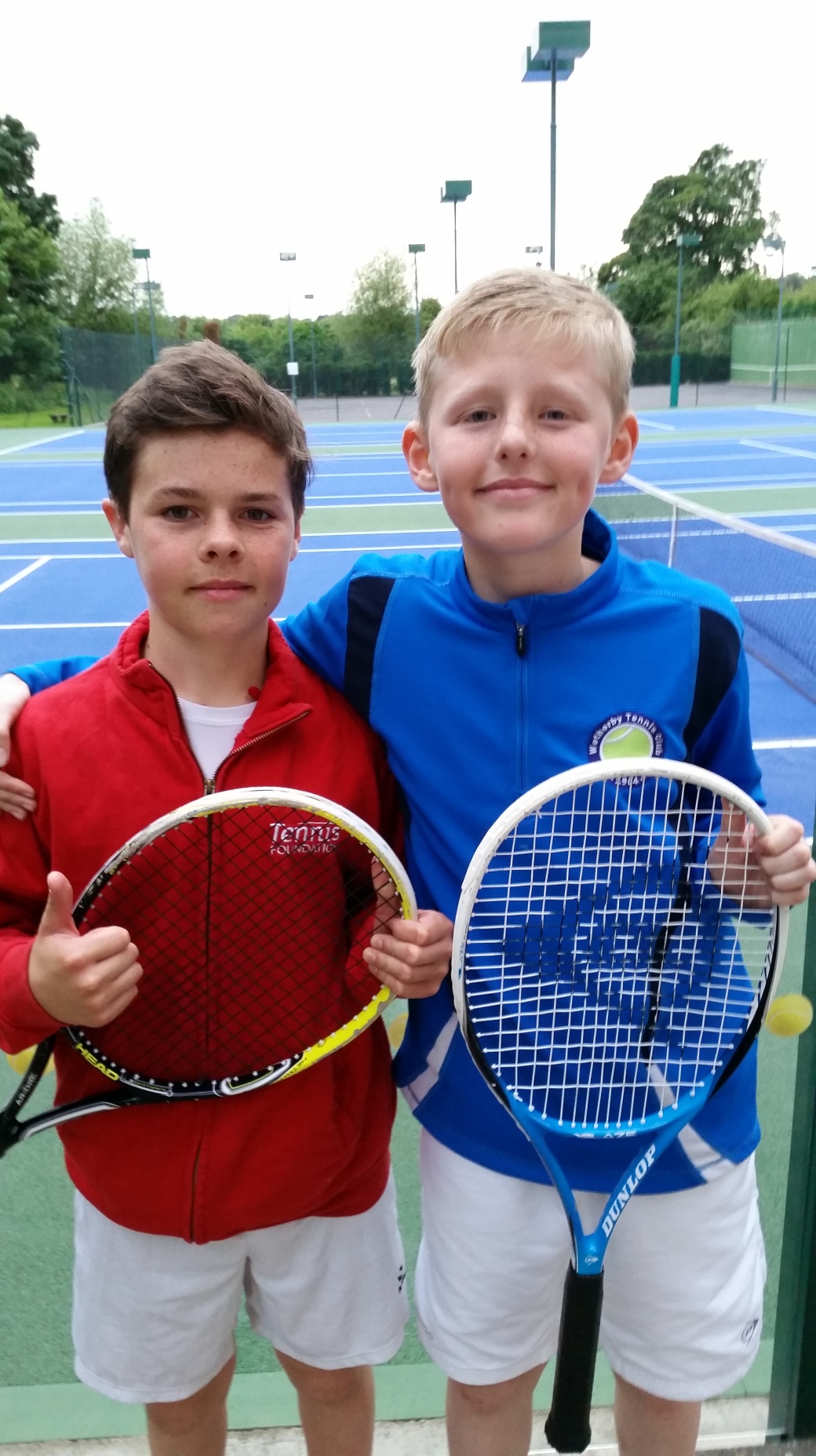 Training buddies Macauley Lee and Bradley Triffitt looking delighted after winning all their games this evening.