Wetherby Under 14 entertained bottom side Adel this evening hoping to bounce back from a 6-0 loss at champions elect Chapel Allerton last time out. Angus Harte was due to return from injury but was a late withdrawal so Bradley Triffitt stepped in to replace him.

Adel arrived with only three players themselves due to a late illness withdrawal so Macauley Lee who was at the club playing social tennis kindly stepped in to make up the numbers. The rubbers he played were automatically awarded to Wetherby so the home team raced into an early 2-0 lead without a ball even been hit in anger!

Ed Grogan and Bradley Triffitt playing seeds three and four respectively opened the evenings preceding’s with a doubles game against Michael Kelly and Peter Taylor. The Wetherby pair were more consistent and took the first set 4-2. Grogan was producing some fine baseline returns whilst Triffitt was his usual steady self and produced many a deft touch at the net. The chaps went up a gear in the second set as their confidence grew to win 4-1 for a 2-0 victory.

Dan Wright beat Macauley in the dead rubber whilst Charlie Dixon playing at seed two was able to beat Adel girl representative Emily Styrin 4-2,4-1. Dixon is a powerful player but Styrin was able to compete well in the rallies and played above her weight to keep Dixon on his toes throughout.

Wright and Dixon combined very well in the dead doubles rubber to win comfortably 4-0,4-0 although Lee produced some fantastic shots at times to confirm himself a player to watch as the season unfolds.

Ed Grogan played Michael Kelly in his singles and this rubber was to prove the closest of the evening. Grogan confidently won the first set 4-2 before Kelly battled back in the second to level at 3-5. With the game on a knife edge Grogan retook the advantage and was able to finally nail some winners as Kelly began to tire to win 10-4 in the tie break decider for a 2-1 victory.

Triffitt and Taylor met in the other singles and Triffitt was far more consistent than his opponent. Keeping the ball in play and mixing baseline with drop shots, he ran poor Taylor ragged to run out a cosy 2-0 winner 4-0,4-1.

So Wetherby return to winning ways with a 6-0 win which moves them into mid table. They visit high flying Grove Hill next Saturday and will need to maintain this evenings form to compete with the Otley based outfit.

Well done tonight to the boys and thanks to Adel for their sportsman like behaviour. Good luck to both teams in the rest of their campaigns. 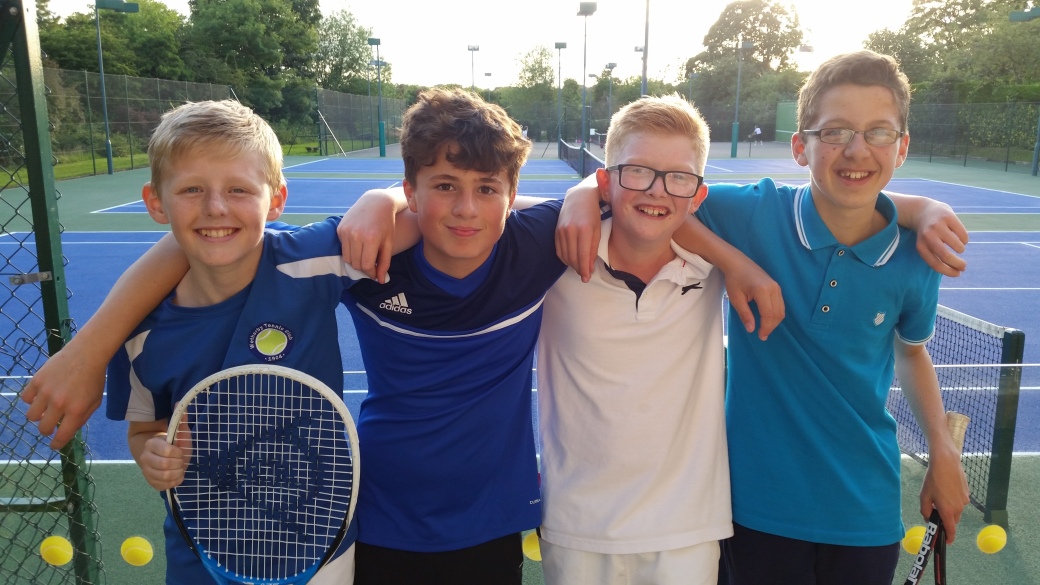