The Wetherby men’s first team continued their title push this morning when they travelled to struggling Sheriff Hutton. With only the champions been promoted this term there can be no let-up in intensity despite the team having a perfect one hundred percent record to date.

They were without important personnel this morning however with Mike Butterworth, Steve Jones, James Landau and David Corbyn all absent and all regular contributors this campaign.

This meant a rare start for Rob Payne who stepped in at seed two to play alongside another big hitter in Paul Godden. This pair are all about power and they managed to blow their opponents off court winning two of their three rubbers and accumulating a handy 23 points in the process.

Tom Boyes Park and Oliver Newsome stepped in at seed three for their seasonal debuts but the youngsters were certainly not overawed. They combined well with an energy filled performance and managed a very impressive 2-10 win, a 6-6 draw and a narrow 7-5 loss to contribute an excellent 21 points to the Wetherby tally.

Nigel Williams and Jeremy Reddish moved up to seed one and the experienced duo knew much was expected of them today. Williams,wearing the captains armband, was his usually calm and controlled self and along with the tidy Reddish the pair had far too much class for their opponents. They dominated proceedings from start to finish to win all three rubbers and posted a wonderful winning margin of 29 -7.

This all meant that the title moved another step closer and the champagne is almost ready to be uncorked. The final winning score today was 35-73 and a match result of 2-10 which once again confirmed Wetherby as very much the team of the competition.

Well done to everyone and especially to the new boys but of course the man of the man performance of Williams and Reddish will rightly attract all the plaudits.

Third placed Starbeck are the visitors to Castlegarth next Sunday with the usual 10am start. 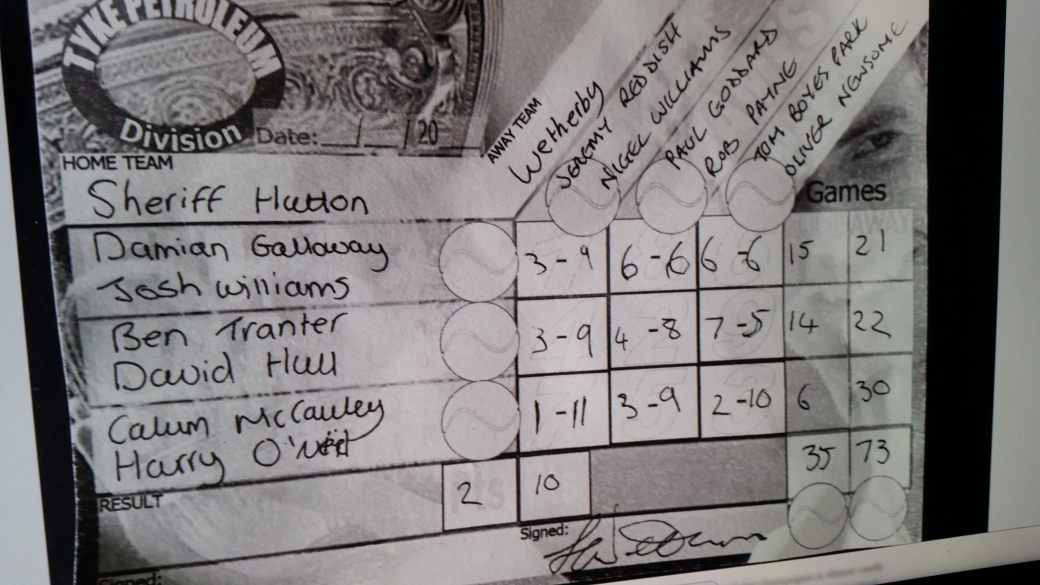 Mike Park and his second team entertained Strensall the same morning but they went down 43-65 in a 3-9 defeat. Park was missing several regulars through injury and suspension but the team battled valiantly to keep the score line respectable.

Mike Connolly was joined by social buddy Nick Lumb and the duo were top scorers on the morning with 19 following two victories when their powerful hard hitting approach reaped dividends.

Park himself was without son Ollie so Greg Vince stepped up from the Harrogate 3 mixed team to join him. The pair were certainly not disgraced acquiring 15 points including a 7-5 victory.

Luke Green and Steve Crossley completed the team and despite their best efforts were unable to produce a win but managed another 9 points to the overall score.

The loss keeps the team just above the drop zone and hopefully they have done enough to secure safety although there may be a few more hurdles to overcome before that is assured.They travel to high flying Wilberfoss next week so things won’t get any easier there but the home game with bottom side Cliffe the week after looks the real crucial one to win as regards the relegation battle. 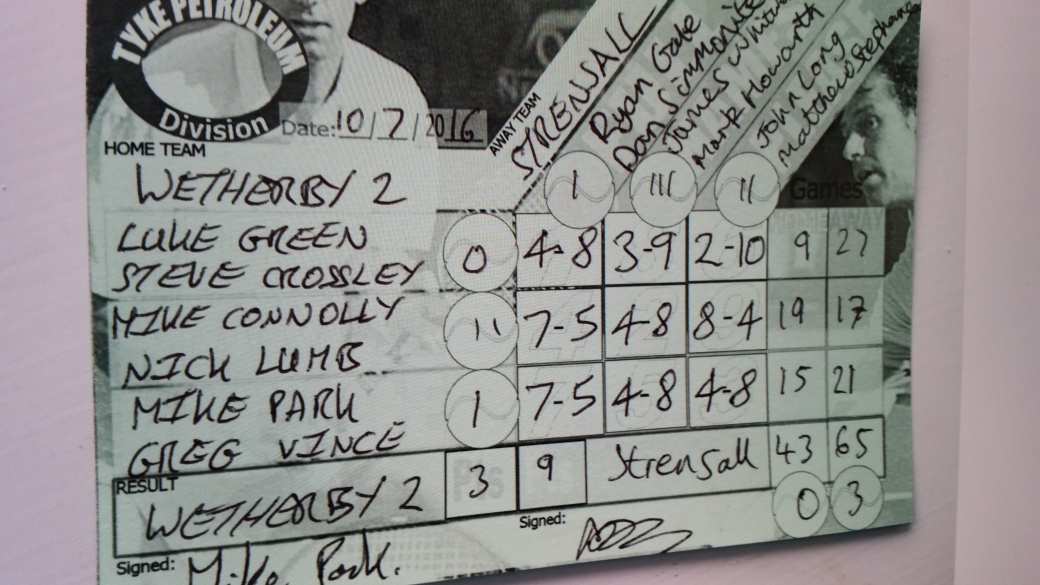