Wetherby Tennis Club held an open day this afternoon and what a resounding success it was. Despite light drizzle at times the weather gods generally shone and the afternoon was a pleasant one with high temperatures resulting in a decent sized crowd in attendance. With a mixture of old and new faces there was a good cross section of ages and many of our League players were also present. There was a number of positive comments concerning the newly painted courts in particular, which look impressive decked out in attractive blue and green.

There were 20 players taking part in the short tennis event organised by Angela Crossley. Once again a mixture of youth and experience were present on court where players took part in 3 games each with the top 4 highest scorers progressing to the final.

Debbie Vines and Tim Coverdale took on Dee Nolan and Yvonne Mannall to determine the winning pair after the four were left at the top of the leader board.

In a fascinating final which was extremely close throughout, Mannall and Nolan prevailed in sudden death winning 15-14 after an amazing last point rally. 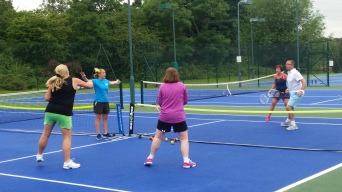 There was plenty of food and drink available on the day with master chief John Bell providing many delicious offerings on his barbecue. He was ably assisted by chairman Steve Jones. Dee Nolan and Jill Abel could be found manning the bar and enjoying a tipple themselves of course whilst coach Paul Archer was enjoying a bite to eat and a beer whilst discussing tactics with Under 14 player Bradley Triffitt. 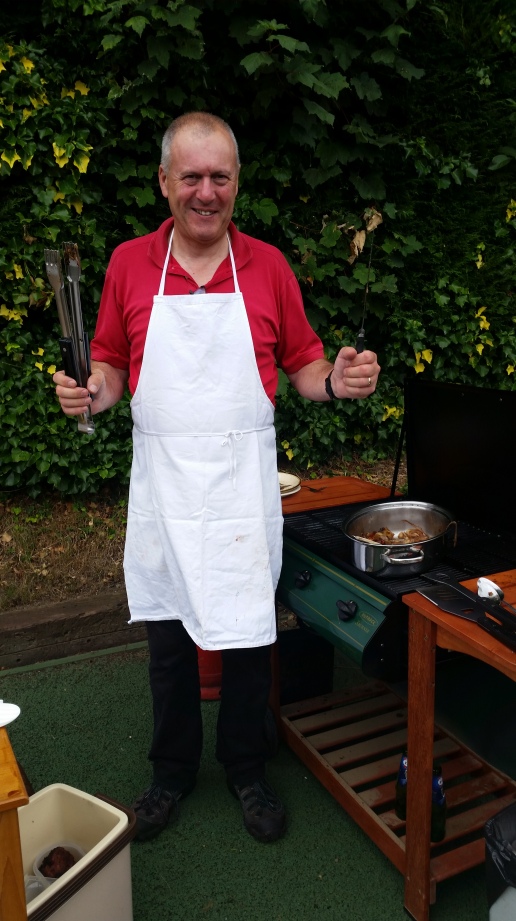 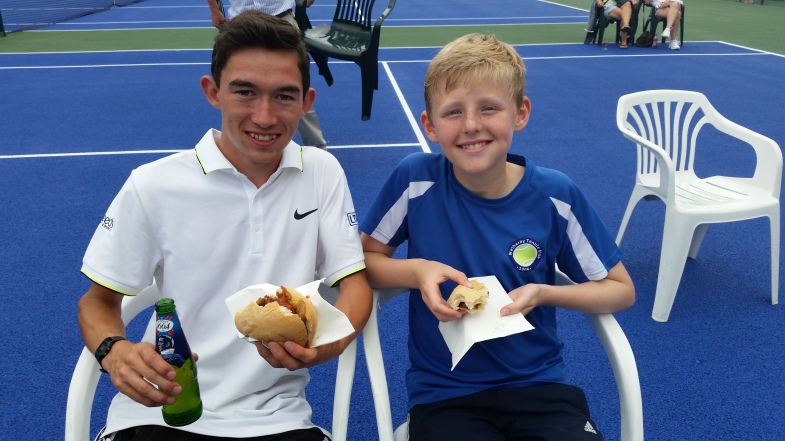 The raffle to assist club funds was well subscribed with 17 prizes on offer. Well done to Rachel Butterworth, Angela Crossley and Jo Coverdale for arranging and organising this thank you. 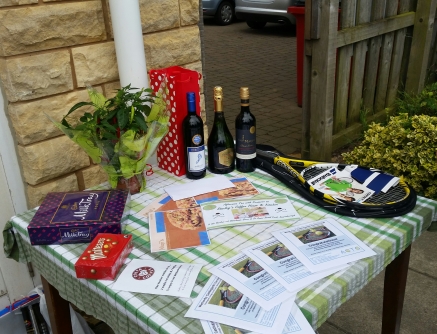 Sophie Woon made a welcome return to the club and warmed up with a practise rallying session with a number of members. She also managed the fastest serve of the day at 98mph during the speed gun testing. She teamed up with coach Matt Snellin in an exhibition match when the duo took on brothers Ollie and Tom Boyes Park. There was some tremendous tennis on show which went down to the wire. A 6-6 draw meant a tie break was needed before Woon and Snellin came through to claim victory 7-6 in a battle royal.

Come rain or shine the smiles never waned on a great social occasion at the club. 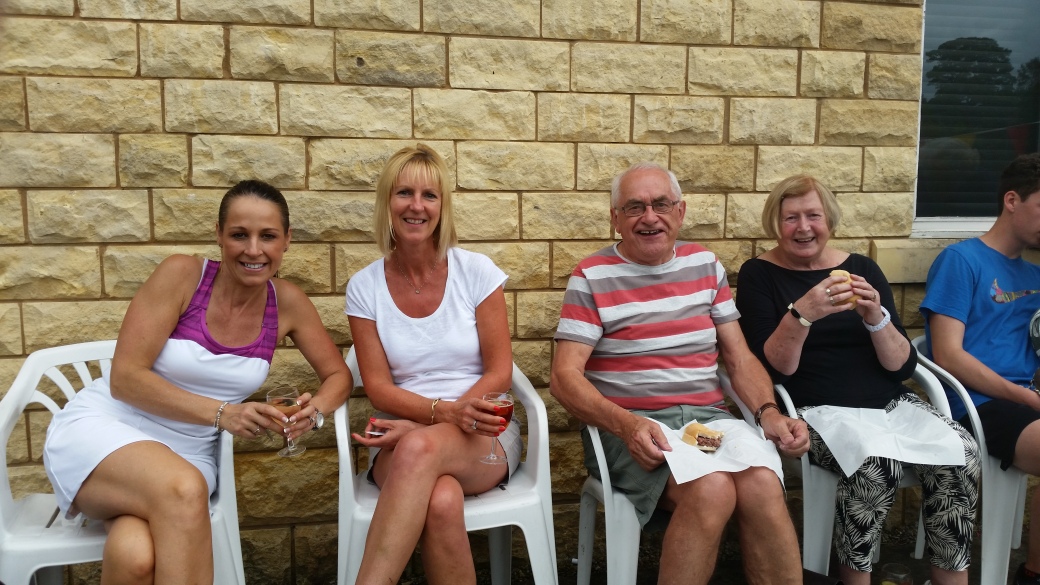