Like the third team, the men’s first team sit proudly top of their section following promotion last season. With four wins and a 100% record so far in Division Three of the York league they have high hopes of consecutive elevations.

On another lovely morning at Castlegarth they entertained York 2 who arrived with two wins from their opening four games and were able to select a strong looking outfit.

Captain Roger Fawcus, fresh from guiding the third team to a memorable success yesterday at the same venue, was pairing up with David Corbyn and this had the look of a very useful partnership indeed. Fawcus quickly continued his impressive form from Saturday and his all action aggressive style, coupled with the superb play from left hander Corbyn was a joy to watch. They were certainly made to fight however as York top seeds Richard Crandee and Salman Mahmood are a very useful and effective pair themselves. This ensured a memorable contest which the Wetherby men just prevailed 7-5. Nigel Willliams and Tom Warburton opened together at seed Two but found Jez Latchpole and John Logan pretty useful. The visitors played some attractive error free tennis so land the rubber 4-8. Steve Jones, returning from injury, teamed up with youngster Josh Bayliss and they formed an effective unit. Left hander Bayliss used the full width of the court whilst the instinctive game of Jones meant he had the visitors foxed on many occasions. Gordon Bruce and Granville Mark were unable to steam the onslaught leaving Wetherby in control throughout to record a welcome 8-4 success that left them ahead 19-17 after this competitive opening round.

Corbyn and Fawcus were certainly enjoying themselves and began clinically dismantling Bruce and Mark. The extra power and pace from the home men proved very difficult to defend and with errors low, the top seeds eased to a comfortable 9-3 win. Williams and Warburton knew they would have to work extremely hard to take anything against Crandee and Mahmood who maintained their impressive form again here. The visitors ran out 4-8 winners but this looked a useful four to gain for Wetherby and kept the scoreboard ticking over nicely. Jones and Bayliss were also enjoying this excellent battle and their game with Latchpole and Logan was extremely close. No quarter given from either of the pairs but a narrow home success of 7-5 was much appreciated and took the score to 39-33 .

Six points was a handy lead but still left the tie in the balance.Crandee and Mahmood knew responsibility was on their shoulders and they didn’t disappoint as they moved effortlessly through the gears in impressive fashion to record a crucial 2-10 success over a bewildered Jones and Bayliss. The Wetherby men were unable to stem the flow of winners and the contest really was now on a knife edge. Williams and Warburton were digging deep to prevent the visitors going ahead and in a battle royal fought out a tremendous 6-6 tie with the York third seeds. All eyes were on man of the moment Fawcus and he made it a weekend to remember in the finale. Alongside Corbyn the Wetherby top guns began to turn the screw and played some breathtaking tennis to dominate from pillar to post. An 11-1 win ensured it was the hosts celebrating once again following a 58-50 final winning margin.

Both teams have to be applauded for some wonderful tennis which left the result in the balance despite the hosts leading throughout. A fifth successive victory keeps Wetherby top of the pile ahead of a trip to local rivals Boston Spa next weekend. Well done for a professional job today and another good team effort. 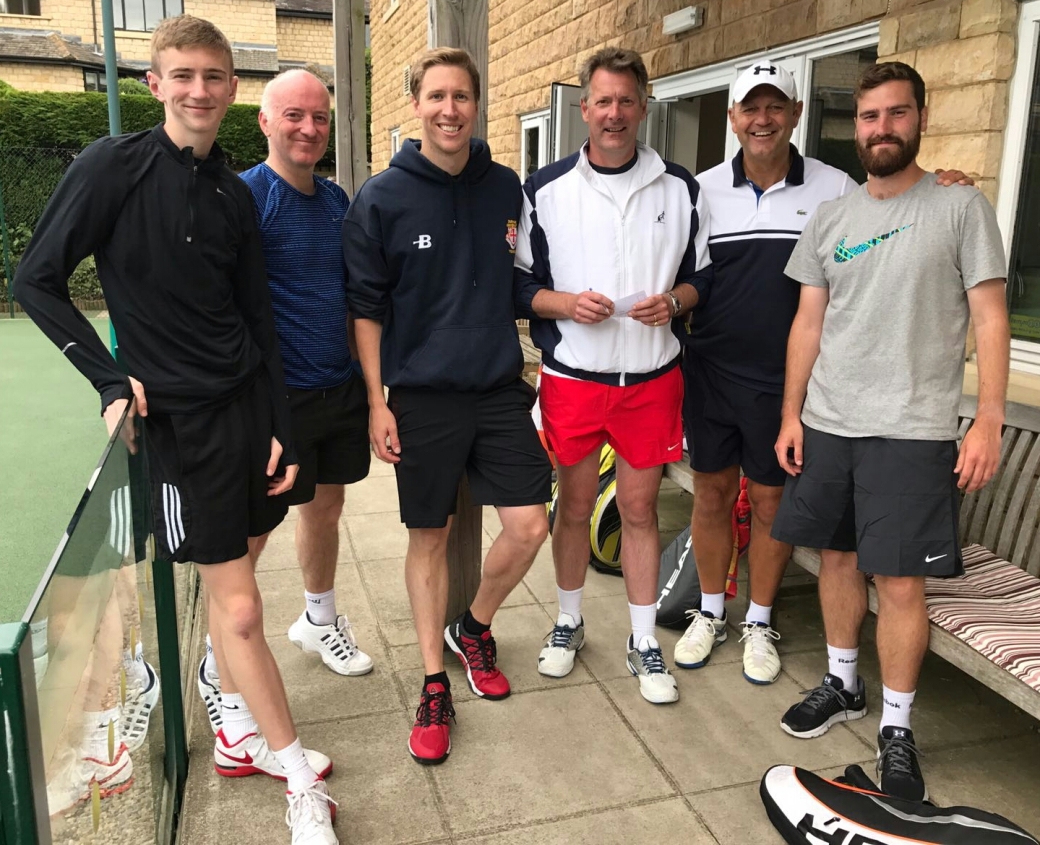 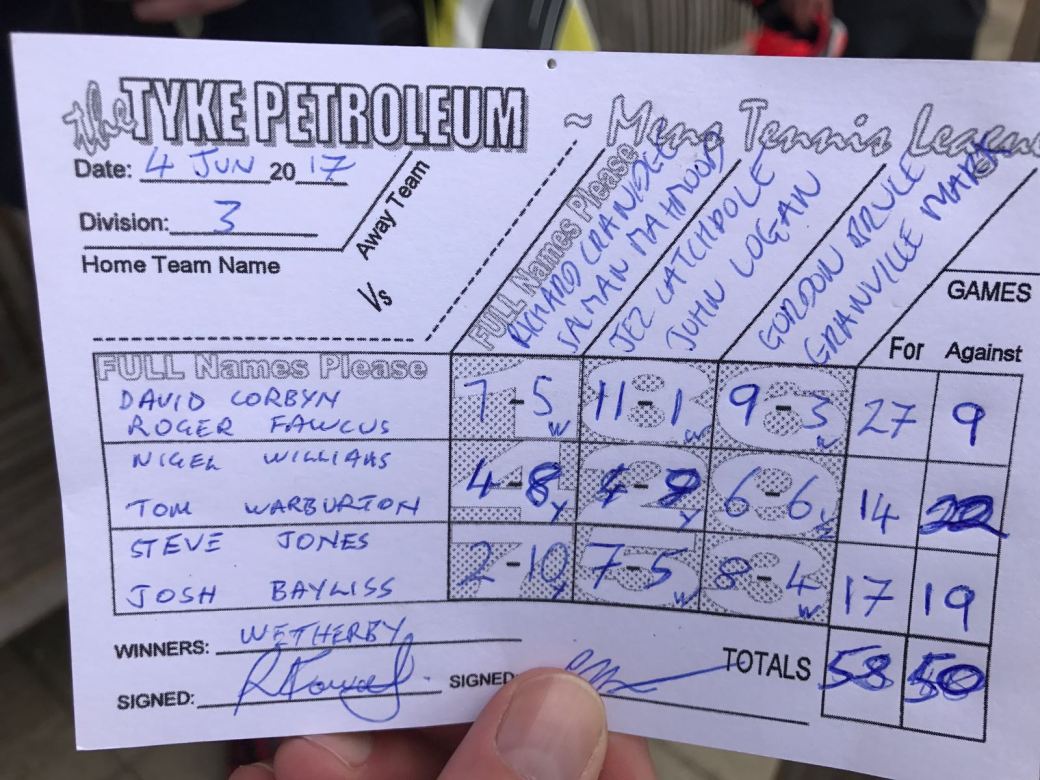