Louise Williams and Mike Triffitt were the sole Wetherby representatives in this year’s Harrogate and District Knockout Tournament which has been taking place this midweek at a number of venues within Harrogate.

They set off on Wednesday evening heading for Harlow before been directed mid route onto Harrogate Spa!. They had been given a bye into the quarter finals of the restricted mixed doubles event and their opponents were Sam Cullen and Dee North who play in Division Three for West Tanfield A. With the Wetherby couple in Division Five they arrived as underdogs but were hopeful of causing a shock.

Cullen and North had helped Tanfield to promotion from Divison four last term and were more than holding their own at the next level. Boosted by a good win over Dacre the week before when they contributed 25 points they arrived looking calm and ready for action.

Williams and Triffitt have played influential roles for Wetherby A in Division Five and the side are currently second looking towards promotion. They too had enjoyed a 24 points haul away at Ripon last time out which helped the club to narrow success and were looking forward to a rise in class.

The Tanfield pair did indeed prove a tough nut to crack and the greater consistency and excellent court coverage they displayed was soon evident. Triffitt served well and at 2-2 the first set was in the balance. However Cullen was starting to dominate the net with excellent anticipation awareness and with North proving strong from the bassline they forged ahead 5-2. Williams played some inspired tennis to reduce the gap to 5-3 before Tanfield closed out the set for a 6-3 victory.

The Second set began just as close but with no cheap points on offer and the Tanfield duo maintaining a high level they ultimately proved too strong again to complete a 6-3,6-3 victory.

An enjoyable evening in the sun and Cullen and North were a lovely couple and if you have to lose, a pleasure to lose to!!! .Good luck in the next round and hopefully Wetherby can soon be playing West Tanfield at a higher level in League competition as well.

Finals day is this Saturday June 17th from 2pm held at Harrogate Raquets with all welcome to attend to watch what is sure to be some excellent tennis on view. 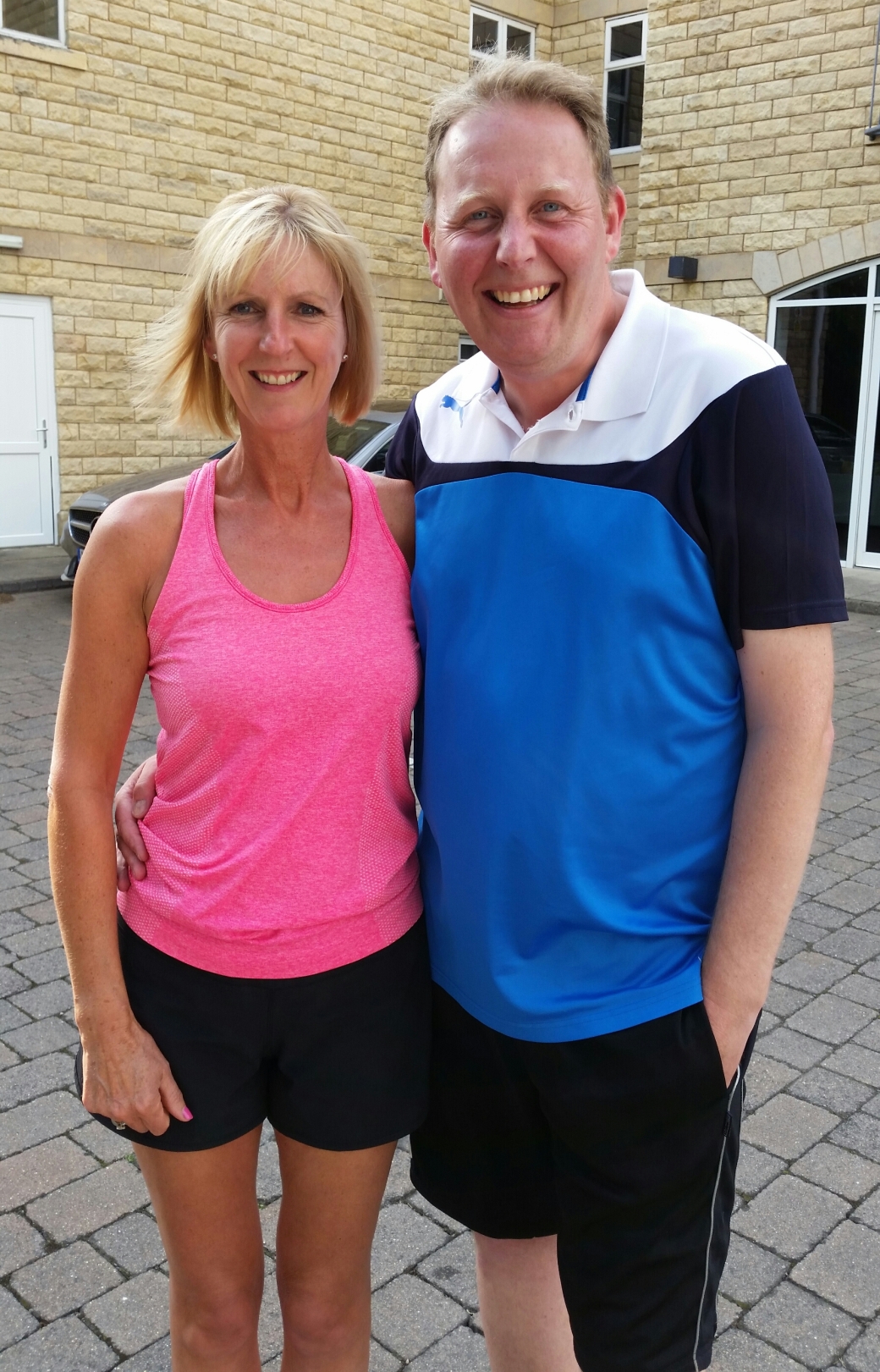 A gallant effort in defeat for Louise Williams and Mike Triffitt

Click on link above for Finals day report and full results.