The York 1 mixed team made the trip over to Sherburn for this top against bottom clash but it certainly proved to be no walk in the park for the leaders. With players missing they called on a number of replacements and with the hosts only having two courts the match didn’t finish till 10-10pm in the gathering gloom!!

Charlotte Todd paired up with young Oliver Boyes Park at seed one and they had a productive night managing to accumulate 20 points. They lost their opening rubber 8-4 as did Dee Nolan and Ollie Newsome who both kindly stepped off the subs bench. Captain Angela Crossley playing at seed three tonight was partnered by the big hitting David Corbyn and they reduced the arrears winning 3-9 which left the hosts ahead 19-17 after round one.

The contest was still too close for comfort after round two with the score level at 36-36. This was turning into a fascinating battle and with couples sitting off it became difficult to know exactly the match position. Finally Corbyn and Crossley turned on the style during the last rubber of the evening and despite conditions been difficult with the light so poor, they beat the Sherburn second seeds 0-12 which helped seal an important 50-58 victory to keep them at the summit.

Angela Crossley sitting off watching the action is joined by an interested but unusual spectator!!

York 2 were also in action as they looked for victory to move themselves away from the relegation trap door. They too faced the bottom side and knew victory was vital. The hosts picked from strength with captain Jill Abel partnering Kevin Duckenfield. They made a poor start losing a tricky opener to the impressive Kevin Todd and Denise Bolan. However Emma and Mike Abel secured a narrow 7-5 win whilst Rachel Butterworth and Stuart Robinson took their opener 8-4 which left the scores tied at 18-18.

Abel and Duckenfield bounced back well in round two to secure a useful 9-3 win over the Dunnington third pair whilst Emma and Mike Abel really turned on the style to outclass the visitors top seeds 9-3. With Butterworth and Robinson producing some excellent tennis to win 7-5 Wetherby now led 43-29.

Hopes were rising now and victory was a distinct possibility. A 7-5 success for Jill and Kevin meant they finished on 19 points and with Emma and Mike producing the goods to complete a hat trick of victories with a final round 8-4 to take 24 on the night, Wetherby were home. Rachel and birthday boy Stuart finished with a very creditable 6-6 draw and a lovely 21 points to ensure Wetherby ran out good winners 64-44. This moves them onto 8 points and a nice 4 point gap over the relegation threatened clubs below. Crucially Wetherby still have three games on hand on those three sides anyway so will feel confident of securing their place in Division Four for another season. 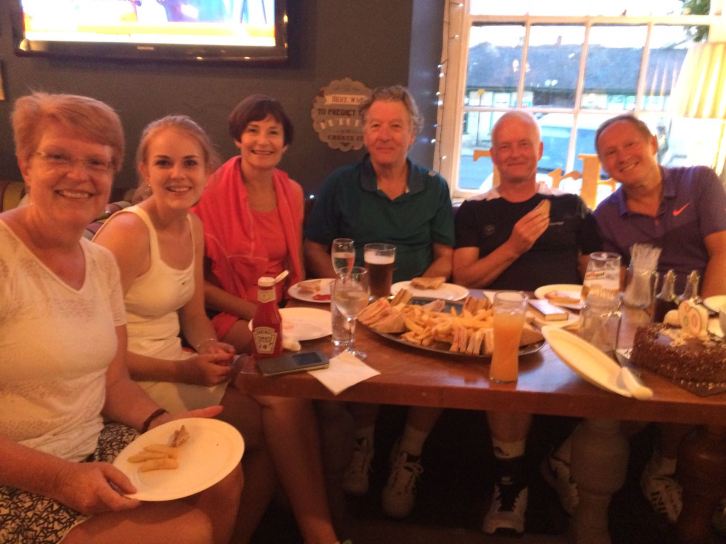 Wetherby A are closing in on promotion from Harrogate Division Five and knew victory at bottom side Bedale would all but confirm this. They too made changes with key players absent. Captain Barry Johnson once again teamed up with Dawn Steel at seed one but arriving late they were quickly into the action and struggled to capture their best form. They battled away to secure a useful five from a narrow 7-5 loss. Mike Triffitt and Debbie Vines paired up at seed two on Court Two and looked confident. They built up a nice 0-5 lead but the hosts fought back at 3-5 before the visiting duo retook the mementom and finally prevailed 3-9. Gill Boyes came in for her first start of the season alongside husband Mike. For Gill this was a first league game for over three years but she showed no nerves despite a tough opener against the useful John Lever and Jenny Dilly. Lever is a very able player who has reached a far greater standard in his prime and is still tough to beat. The Bedale pair came out on top 9-3 which meant Wetherby trailed 19-17 after round one.

Mike and Jill bounced back well during round two and with Park hitting harder from deep and serving well they took a narrow 5-7 victory over Annabel Hosford and the tricky Colin Finch. Boyes was now really enjoying herself and had made some lovely deft smashes at the net and was covering the court well. Johnson and Steel were also moving up the gears and this experienced duo were playing extremely well now. They had too much weaponry for Jan Lever and youngster Adam Bentley and ran out impressive 2-10 winners. Triffitt and Vines were up in class against Dilley and Lever and John was producing some lovely net play and serving particularly well. However Triffitt was also gaining plenty of success with his serve and using the angles well produced a number of aces. Vines was standing firm in the face of an onslaught from Lever and trailing 6-4 the pair levelled at 6-6 to great delight.

As the final round began Wetherby had edged ahead 32-40 and were hoping to take the contest. Mike and Gill were keeping the scoreboard ticking over nicely and never allowed their opponents to dominate. Mike once again delivered some strong serving and with Boyes leaping like a Salmon on more than one occasion to pluck balls from the sky, they did well to pick up five from a narrow 7-5 reverse. Triffitt and Vines also maintained their good form and an enjoyable evening when running out impressive 3-9 winners over Hosford and Finch. The Wetherby duo showed good teamwork and crafty tactics to move their opponents around the court and pick them off with some well positioned winners. Victory was in sight and Johnson and Steel put the icing on the cake as they once again were dominant against Dilley and a tiring Lever. The visitors top seeds found space time after time and executed with power and precision to run out 2-10 winners that meant Wetherby had increased their lead to 44-64.

This now puts them six points clear of the chasing pack for the runners up spot and barring an unusual set of results promotion is almost assured. One more win will mathematically confirm their elevation from their final two games. A good team effort and thanks to Mike and Gill for stepping in tonight and helping the team to success. 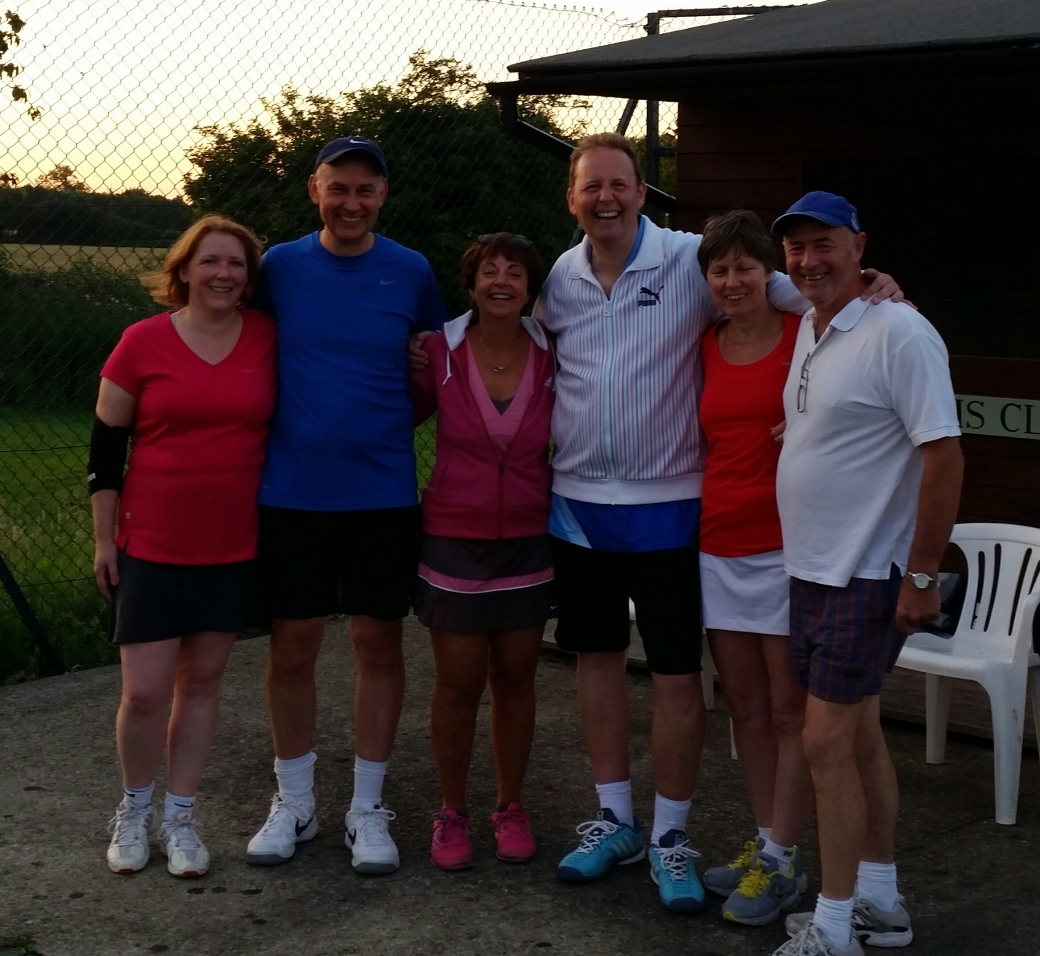