On an overcast morning which brightened as the match unfolded, Lindsay Edgar took on Wetherby U14 star Henry Brown in the preliminary round of the Annual Club Singles event. This looked a well matched pairing on paper and the clash didn’t disappoint. Both players were comfortable from deep and a number of long rallies ensued. With both also serving well the first set was tense and on a knife edge for the watching crowd. Edgar edged ahead 5-4 and serving for the opener he had set point. Brown held his nerve however to save that and eventually forced a tie break. Once again some excellent tennis before the youngster managed to record a narrow 8-6 success to take the set 7-6.

With the sun now shining and the temperatures increasing it was proving hard work for the pair but Edgar was quickly out of the traps to lead 5-2. However with the thought of a potential decider Brown upped the tempo and cutting out errors he fought back bravely. No quarter given from either man meant the set could have gone either way but the younger legs of Brown saw him narrowly win 7-5 for a 7-6,7-5 2-0 success.

Well played to both for organising so quickly and producing a thoroughly entertaining affair. The prize for Brown is a tie with men’s third team hot shot and fellow youngster Ollie Newsome which will be a tie to savour. 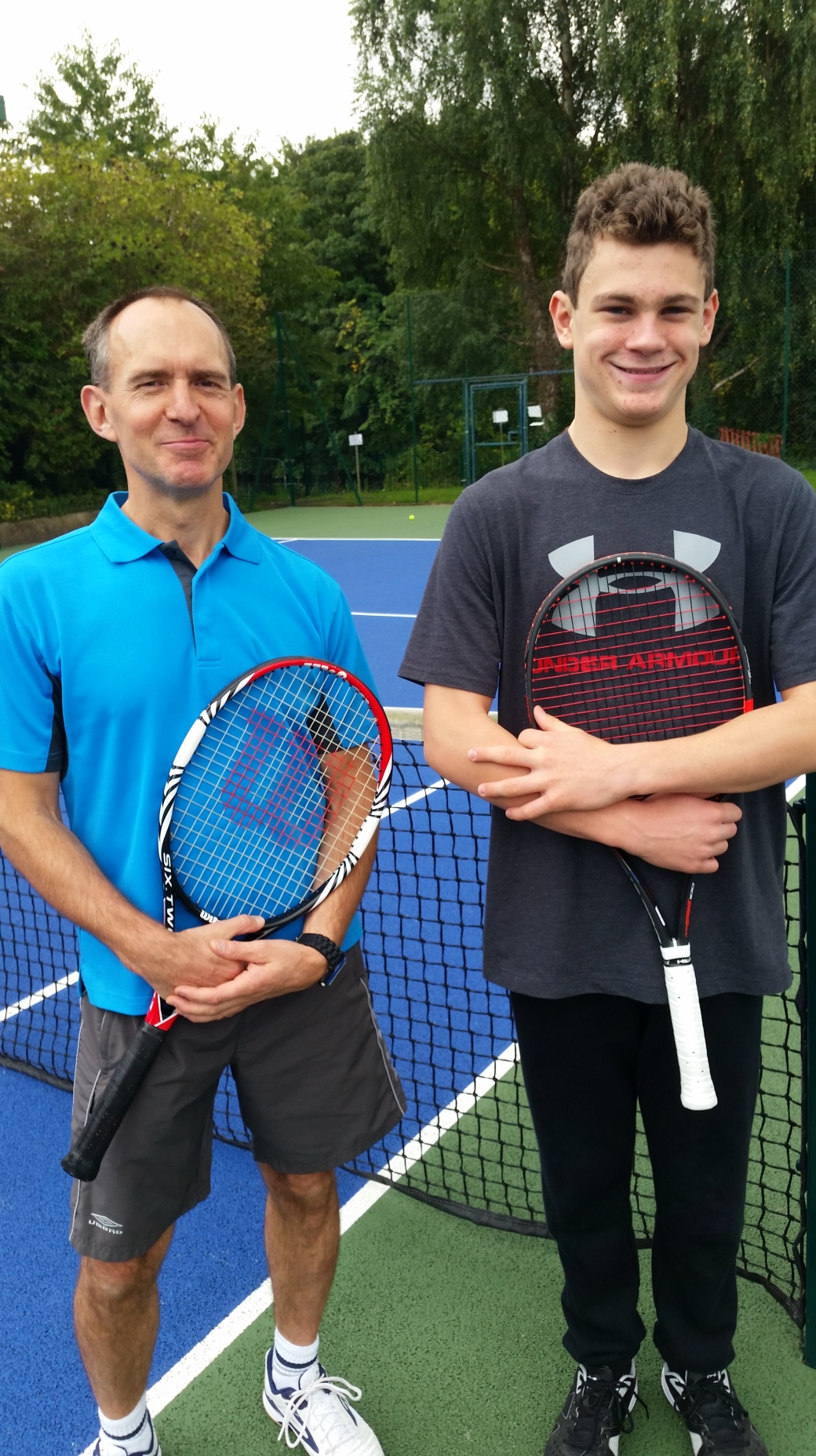 Lindsay Edgar and Henry Brown seen before their gruelling match this morning.