The Annual Lawn Tennis event played at Boston Spa on the super grass courts took place this afternoon and once again proved a roaring success. The four court’s looked in immaculate condition and well done to the groundsman who had them in near perfect condition. A warm bright day meant excellent playing conditions for another strong entry who once again enjoyed an excellent afternoon tea courtesy of Delia Wells and her team.

The mixed doubles competition consisted of four groups of three couples with the group winners advancing to the final and the runners up the plate final. Couples finishing third and fourth were also involved in their battle for those respective events. There was a great turn out from the Wetherby club with four couples entering. 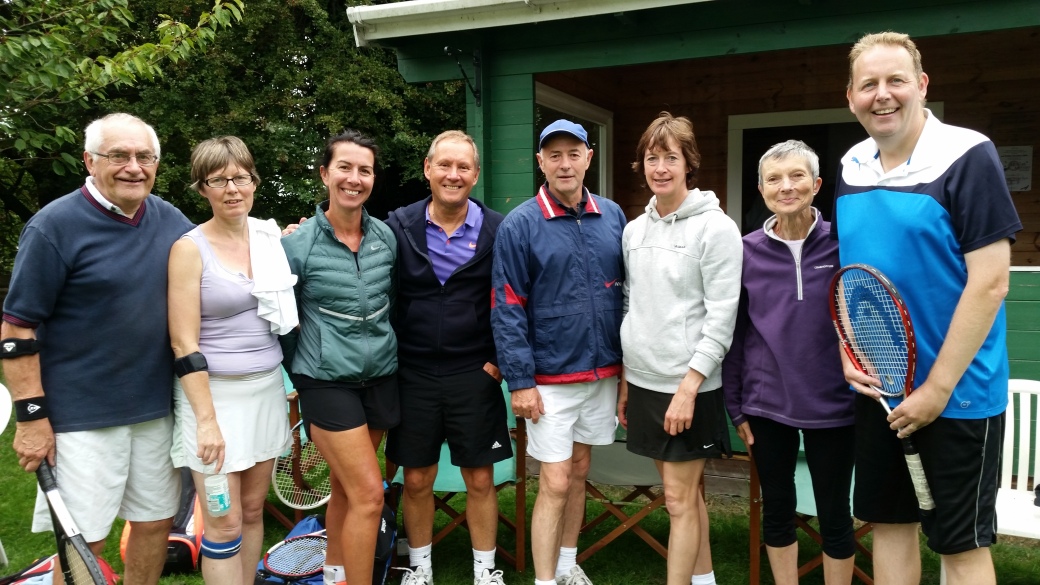 Barry Johnson and Fiona Chantry, who have often been seen together on court this year helping the Wetherby mixed fourth team to promotion from Harrogate Division Five, managed to secure the Plate title after a 4-3 win over Starbeck duo Katie Draper and Shaun Holme. 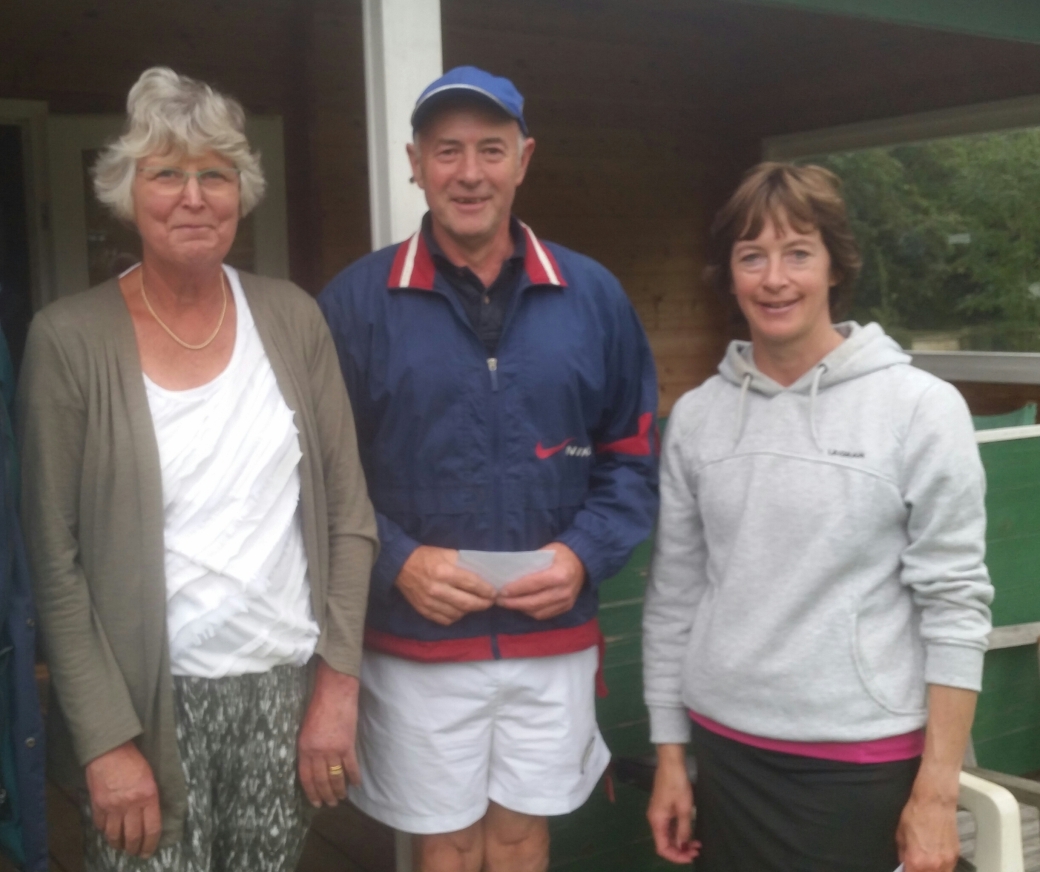 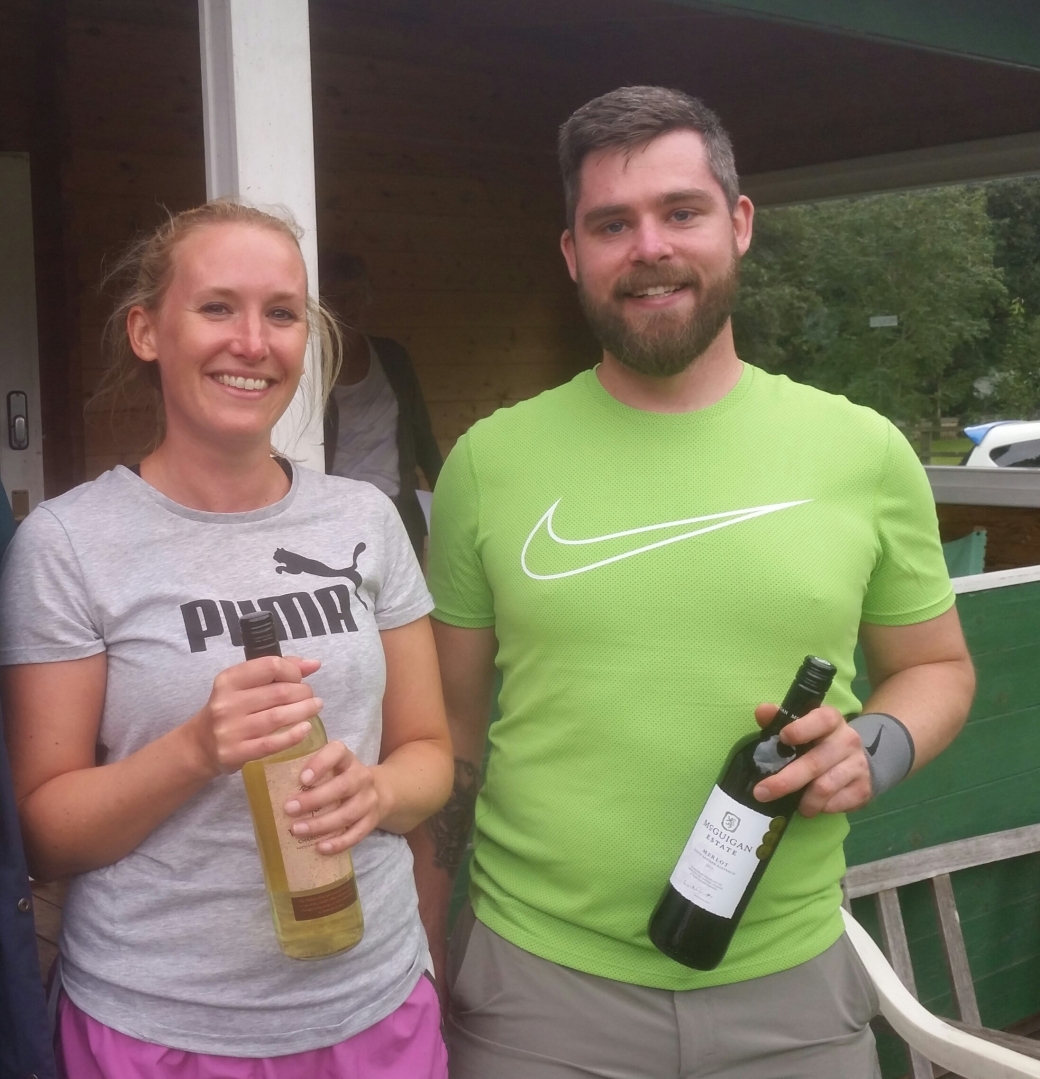 Gallant runners up Katie Draper and Shaun Holme with the consolation of a bottle of wine each to drown their sorrows!!

In the main final, Ann Jones and Mike Triffitt surprised themselves by winning their group and advancing to the final. They gave a big effort but couldn’t contain impressive Starbeck pair Di Lang and Tom Hendry who prevailed as worthy winners 4-3. 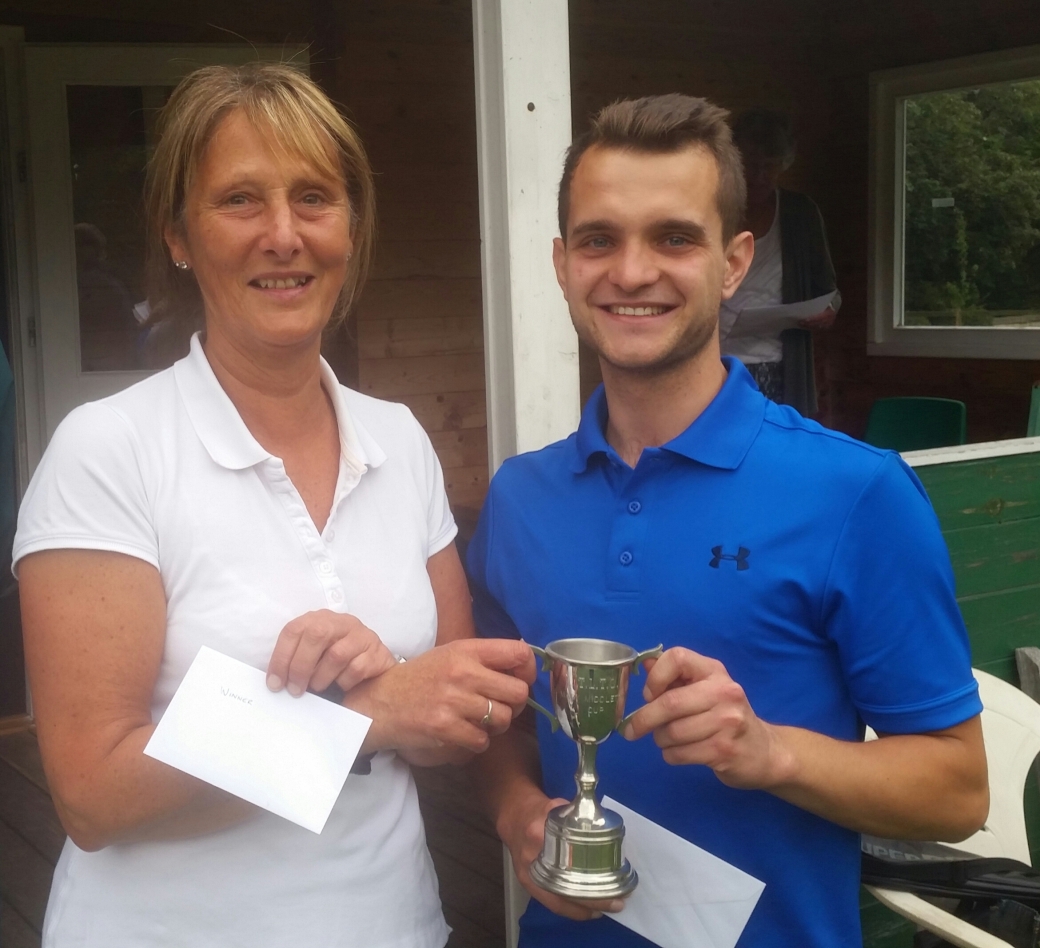 Well done to Di Lang and Tom Hendry who were unbeaten today and proved a class above on their way to victory. 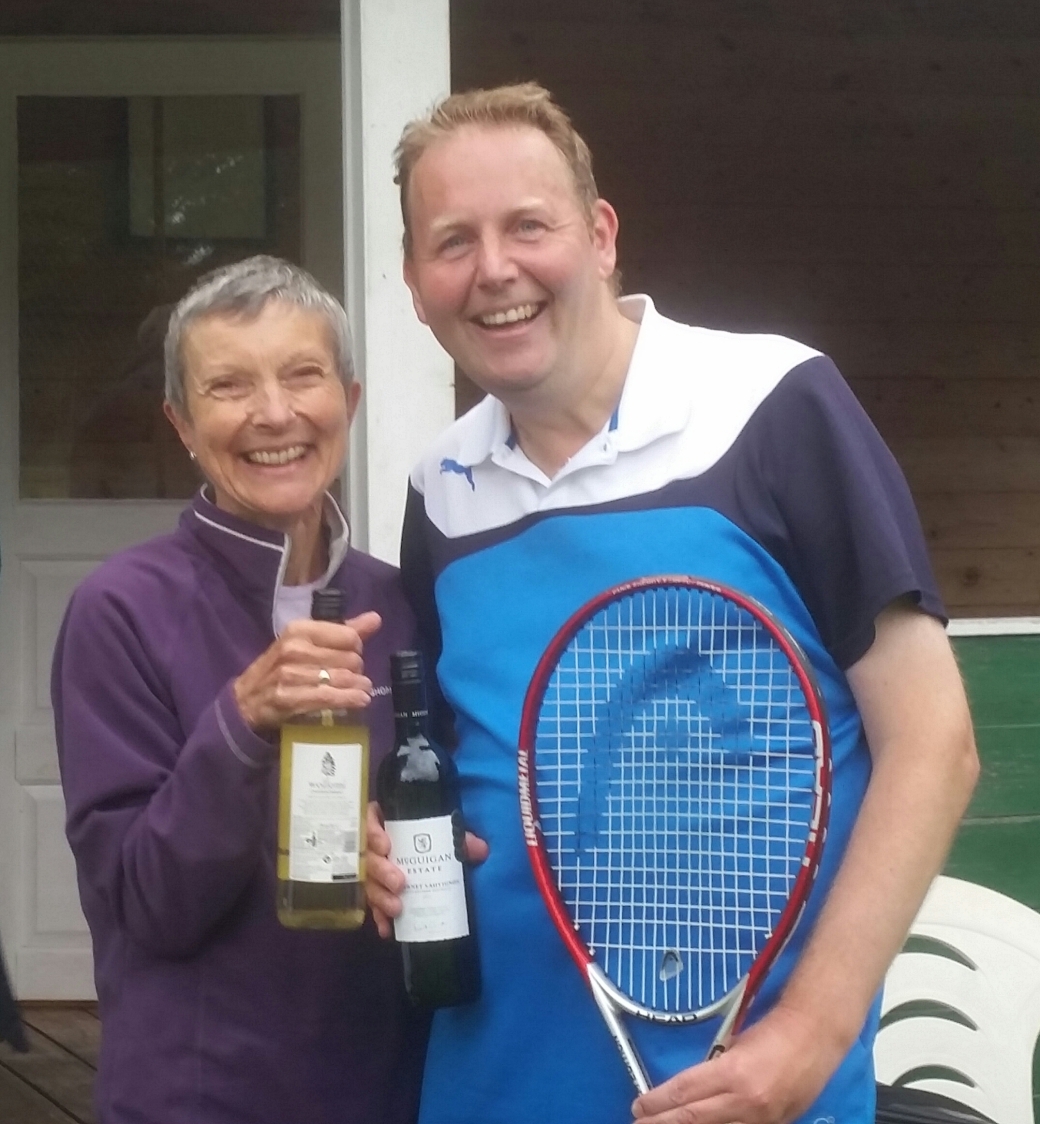 A delighted and surprised Ann Jones and Mike Triffitt were happy to take the runners up spot and a bottle of wine home too!

A really big thanks to all who ensured the day was a tremendous success and it was great to see so many old faces and catch up with old and new foes alike!

The Lawn club are holding a murder mystery evening on Friday October 20th and welcome any Wetherby members along. Details below. 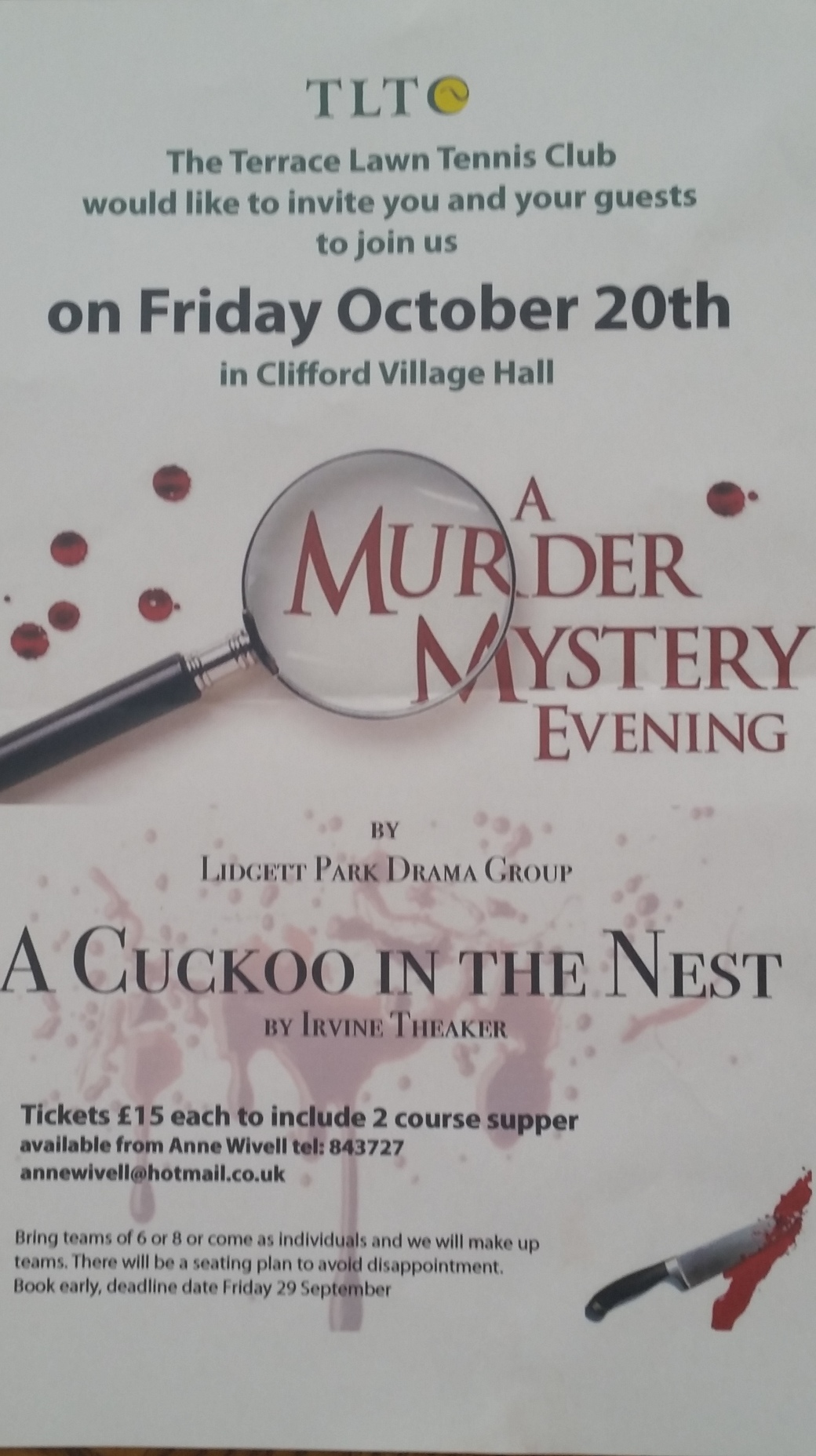