Tony Cutler and Ann Jones have been representing Wetherby in the Leeds Veterans League this season. Today on a bright and sunny morning they entertained Kirkstall duo Wendy Staniland and Alan Bailey. Staniland was useful around the court whilst despite a slower approach, Bailey was hitting well and making some nice winners. Cutler and Jones have formed a useful partnership however and as well as playing together in the Harrogate league mixed B team they are often seen on court together as social sessions. Both adopted a steady approach and were determined to play error free tennis. Tony was hitting hard from deep and with Jones covering the court well and keeping the ball active the Wetherby couple ground out a narrow 6-4 opening set success. Now playing with confidence Wetherby began to up the tempo and started playing with more aggression. They were quickly out the blocks and were always in control as they clinched a 6-4,6-2 victory. A game played in a good spirt in excellent conditions and thanks to both pairs for another good contest.

This was Wetherby’s third win from five games and they play home and away against four other club sides so have three remaining. Tony and Ann currently sit in third place with 14 points which leaves them only three behind the leading teams. An interesting finish to the season therefore awaits. 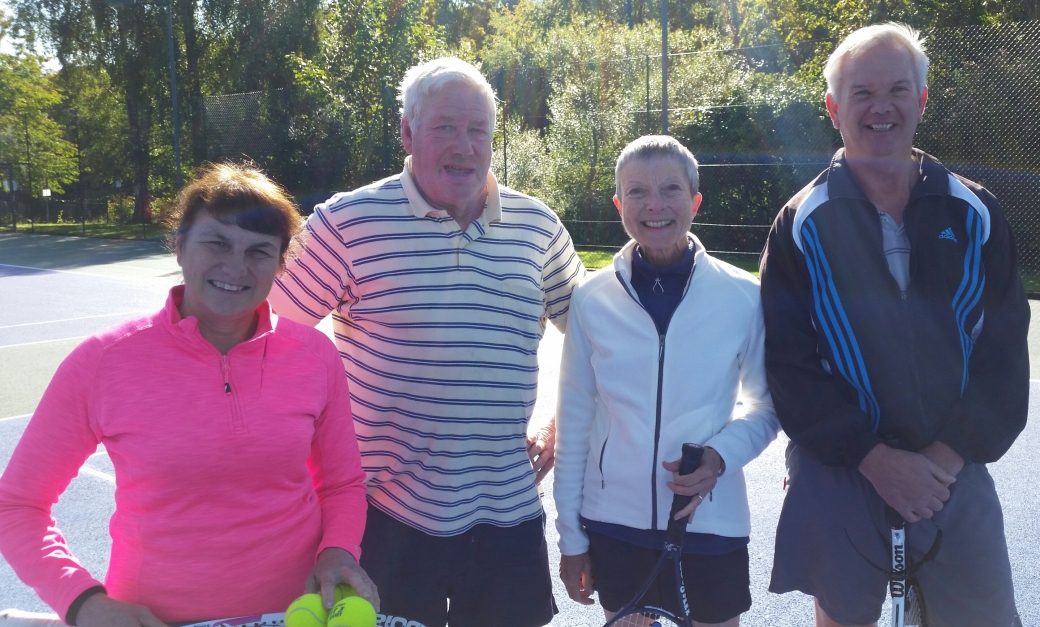 Tony and Ann made the trip over to Kirkstall on Tuesday September 26th for the return game. With Wendy away, John stepped in to replace her and partnered Alan Bailey.

Once again Cutler and Jones were victorious as their greater consistency and mobility allowed them to run out 6-3,6-3 winners. They are now on 18 points and hoping to overtake another Kirkstall team run by Lynne who are currently in second. Horsforth look likely winners in what has been a good battle at the top between the big three clubs this term.