Boston Spa made a welcome return to the Winter League this season and took on fellow new boys Collingham this evening. Conditions were excellent with clear skies and no wind as Spa sent a strong team to open their campaign. Captain Peter Smith paired up with Lesley Haley whilst Gordon Milne teamed up with Lorraine Pearey and this quartet have been the cornerstone of the Spa squad that had finished mid table in Division Two of the Harrogate Mixed League.

Collingham Captain Tony Butler is a regular down at Wetherby and he was joined on court by Marilla Gledhill whilst fellow Wetherby new boy Dave Macfie was also in action partnered by Sally Johnson.

Collingham had secured a narrow 39-33 victory against Wetherby 2 in their opening game but were big underdogs tonight raised in class. Smith and Milne were soon showing Cutler and Macfie why they are playing in the higher levels as the Spa men produced a very professional performance in the men’s rubber. Smith is a big server, hits well from deep and is confident at the net and with Milne showing excellent positional awarness and good court coverage the duo were quickly into stride and never gave their opponents a sniff. As so often happens, the underdogs were competitive but were unable to convert key points. Cutler has an unusual game which is difficult to read and he certainly kept the Spa men alert with some tremendous spin whilst hard hitting Macfie is improving each week and looks destined for higher things. The consistent Spa men however ultimately ran out cosy 2-10 winners.

In the ladies rubber the contest proved extremely tight with Gledhill and Johnson really producing their top form to give the Spa girls a fright. Once again Boston were consistent and playing error free tennis were content to adopt a simple game plan. However Collingham proved more than a match and with some aggressive tennis ensured the tie went down to the wire. Finally a narrow 5-7 success for Boston in a real thriller.

Haley and Smith have been long term playing partners and this experience was clear for all to see as they proved a little too streetwise for Gledhill and Cutler. However the Collingham pair were giving everything and really enjoying the battle. They couldn’t quite conjure enough winners to avoid a 2-10 defeat but knew they had gone down fighting.

Johnson and Macfie were also enjoying themselves and certainly had Milne and Pearey on the ropes at times. Pearey was the Boston leading lady in the summer Harrogate leagues and she used her experience and class to good effect to ensure the crucial points went Spa’s way. With Milne difficult to unhinge and ultra solid under pressure it was victory for Spa 4-8.

Pearey and Milne maintained the consistency against Gledhill and Cutler too and once more had a little too much up their sleeves as they ran out winners 3-9.Smith and Haley were also in fine form and were able to secure another 2-10 success over Johnson and Macfie. Weathering the early storm they ran the energy out of their opponents with some breath taking play and were worthy winners.

A great start for Boston Spa which catapults them straight into top spot in the early table joining five other teams on two points but with a higher points difference meaning they are at the summit. They face Wetherby 1 next week in what is sure to be a mouth watering clash. Collingham should not be too downhearted and played well enough to look forward to their next game with Knaresborough on November 16.

Well done to all on show this evening and good luck in your remaining matches. 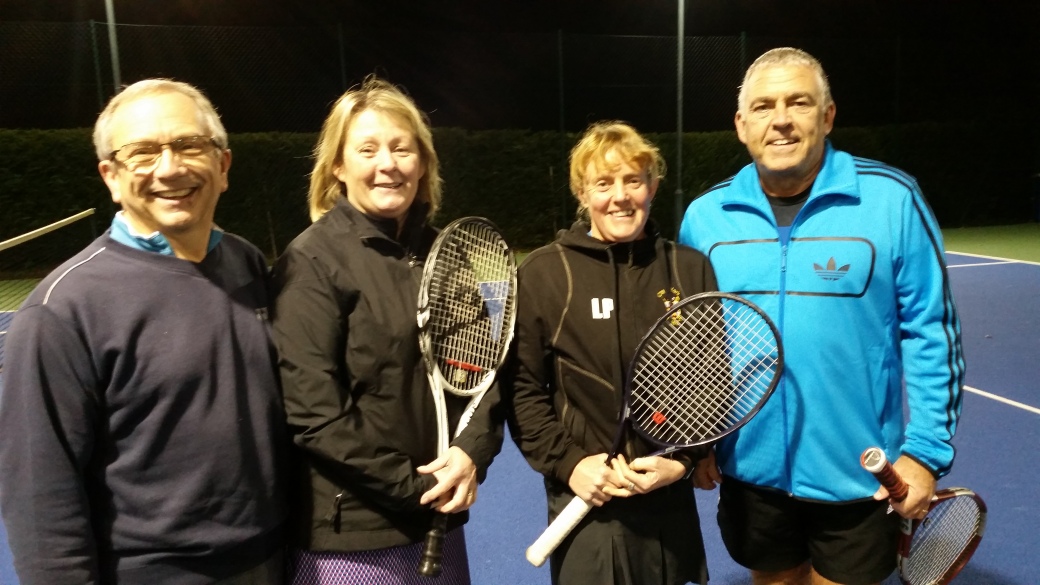 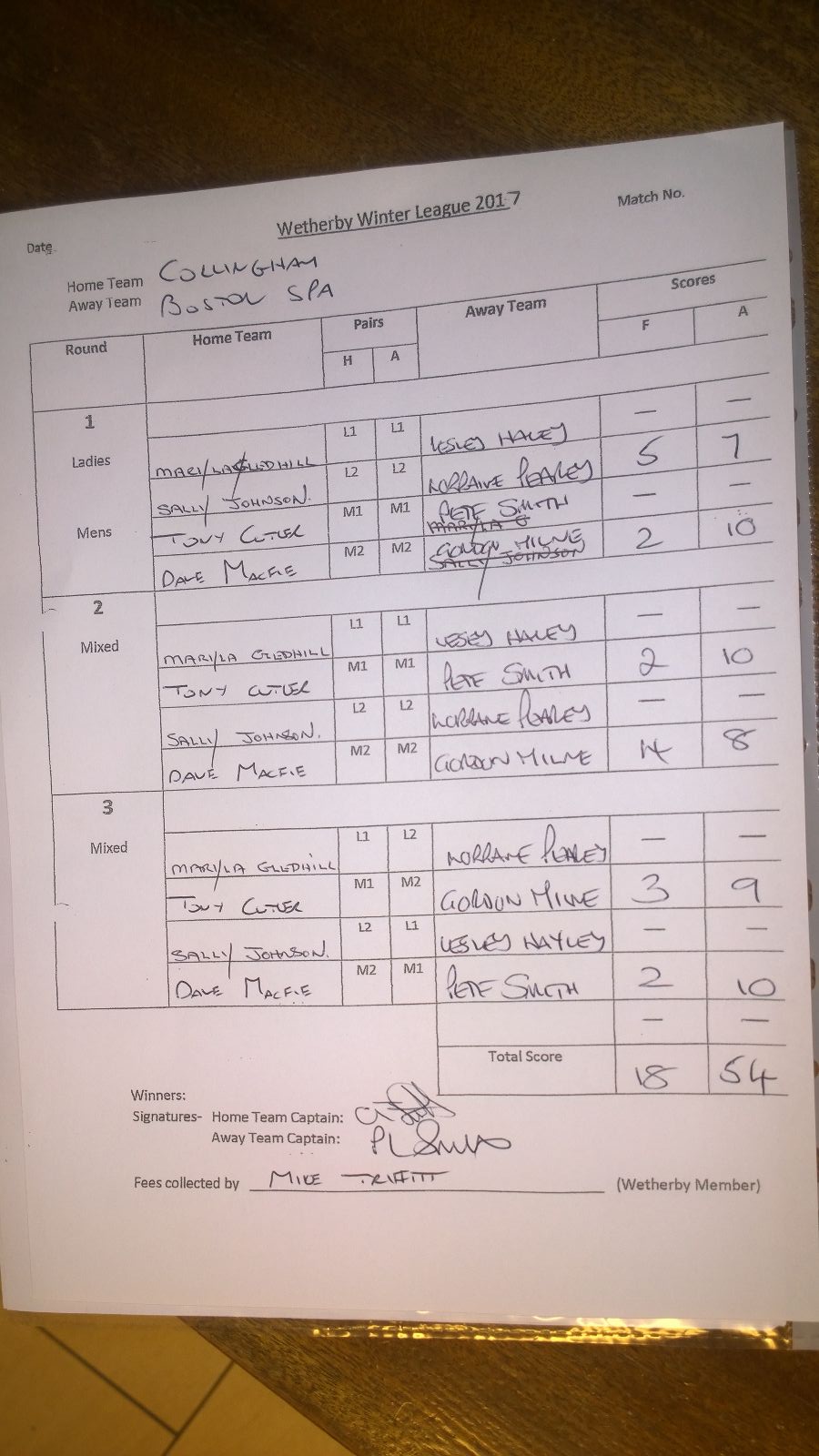