Bradley Triffitt was representing Wetherby Tennis Club at the Wetherby Town Council Jubilee Awards 2017 held in the Bramham Room on Wednesday evening at the Town Hall. He was one of seven nominees who had been recognised for outstanding work in the community. Head Coach Angela Crossley had put Bradley forward for the event this year. He has captained the Under 14 team to success this season, when they were runners up to Chapel Allerton in the League, and as well as making a big contribution to the junior game he has regularly attended adult social and other pre arranged adult sessions and entered the annual club tournaments. He reached the quarter finals of the men’s singles and the semi final of the mixed in events he thoroughly enjoyed. Angela Crossley highlighted the above achievements as well as describing Bradley as a breath of fresh air within the club and this likeable and confident young man has really left an early mark on the club. Bradley would like to thank both Angela and Paul Archer, who have overseen his coaching progress and helped support him during his time with the club. He looks forward to improving and eventually making his presence felt in the adult teams at League level. 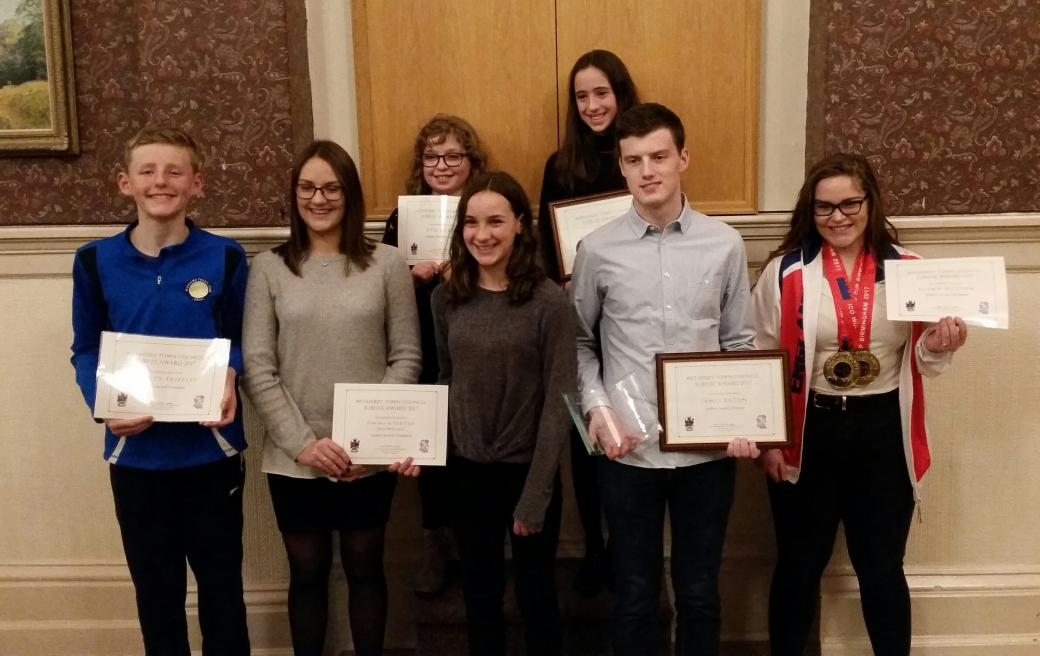 In a strong field Bradley picked up one of the five certificates of achievement behind eventual winner James Eaton who has shone academically at high school and has now earned a place at Oxford University.

A lovely evening and a big thanks to Wetherby council and Mayor Norma Harrington for acknowledging the terrific work and presence of the younger generation in our area and recognising those efforts tonight.

One thought on “Bradley Triffitt Recognised At Local Awards”