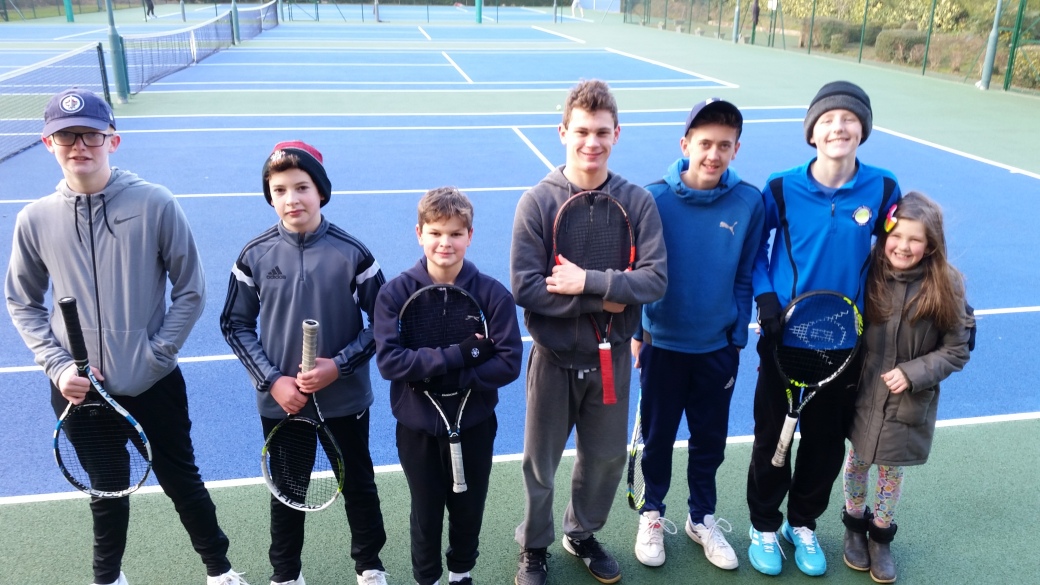 Despite a cold and at times blustery morning, the Junior open age Tournament took place at Castlegarth today. There were two events with a Singles and Doubles title at stake.

U16 Wetherby team member Ed Grogan took on Wetherby U14 squad player Gabriel Mead in the quarter finals of the singles event. With conditions testing this proved a competitive heat before the older Grogan came through 5-3. Henry Brown, who was a very influential player for the successful Wetherby U14 team last summer, took on Nathan Little who was representing Harlow and had enjoyed playing with their men’s team in York last season. This was an excellent contest with some superb tennis on show between two big hitters. Finally the consistency of Little enabled him to win 5-3. George Brown, brother of Henry, at eleven was the youngest player on view and he took on Bradley Triffitt who was another member of the U14 team. Brown was quickly out of the blocks to lead 2-0 before the more experienced Triffitt started to find his form and exploiting the space well came back for a 5-3 success. 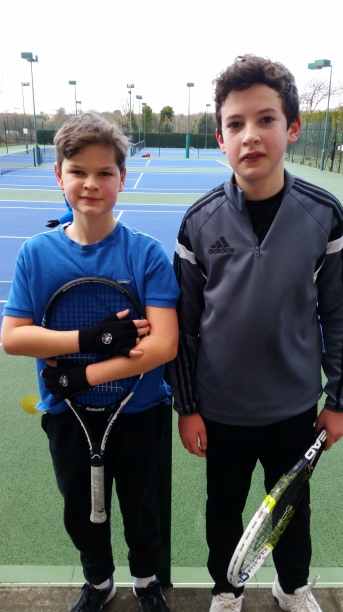 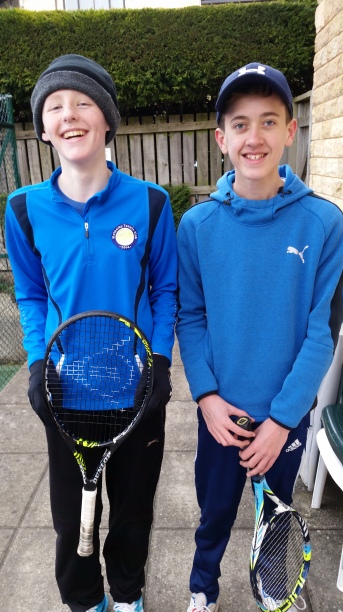 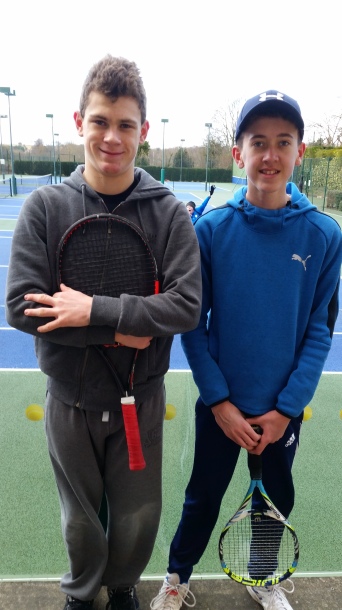 Dan Wright was the other semi-finalist after receiving a bye but unfortunately was too ill to compete so his semi-final opponent Bradley Triffitt advanced to the final. The other semi final looked close to call with Little playing Grogan. So it proved with a one set all score line meaning a tie break would be needed to determine the finalist. Eventually after a titanic struggle Grogan held his nerve in a close one.

Grogan therefore took on Triffitt on the show court in the final and this looked a very exciting match up on paper. Triffitt coped with the difficult conditions better as he took the opening set 4-1 before Grogan found some big forehands to level up after a 4-2 win. This set up a deciding tie break to ten . Both players were giving their all in front of an enthusiastic crowd before Triffitt ran out a 10-6 victor for a memorable success. Well played to both players for an excellent final. 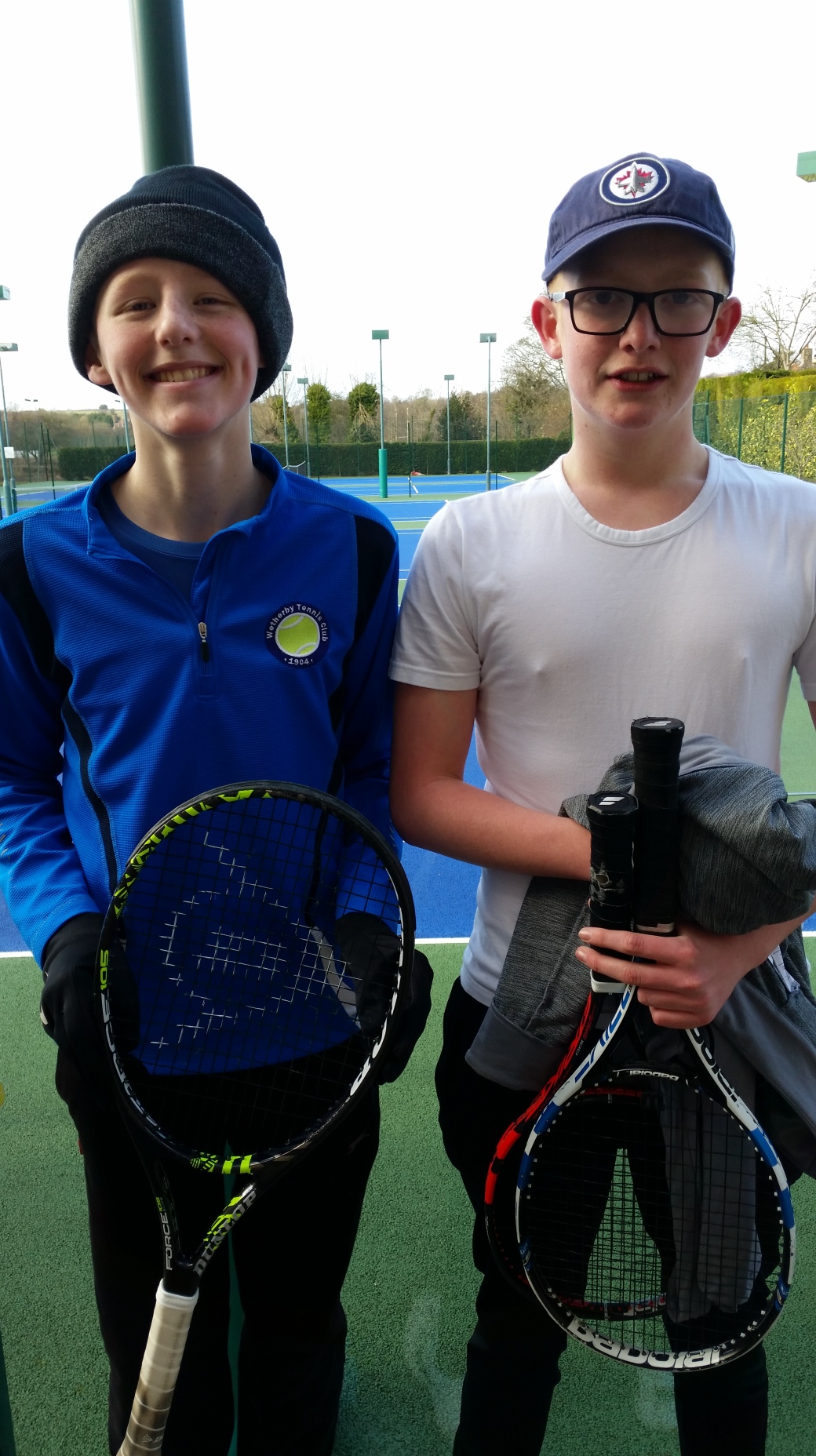 Bradley and Nathan teamed up in the doubles event representing their school King James. They beat Gabriel Mead and Ed Grogan 4-2 who then fell to defeat against brothers Henry and George in this mini round robin competition. This meant Triffitt and Little needed to beat the Browns to take the title but Henry and George produced their best tennis of the morning to take the rubber 3-1 . Therefore the Doubles trophy was shared between the Browns and Triffitt and Little to leave plenty of smiling faces. 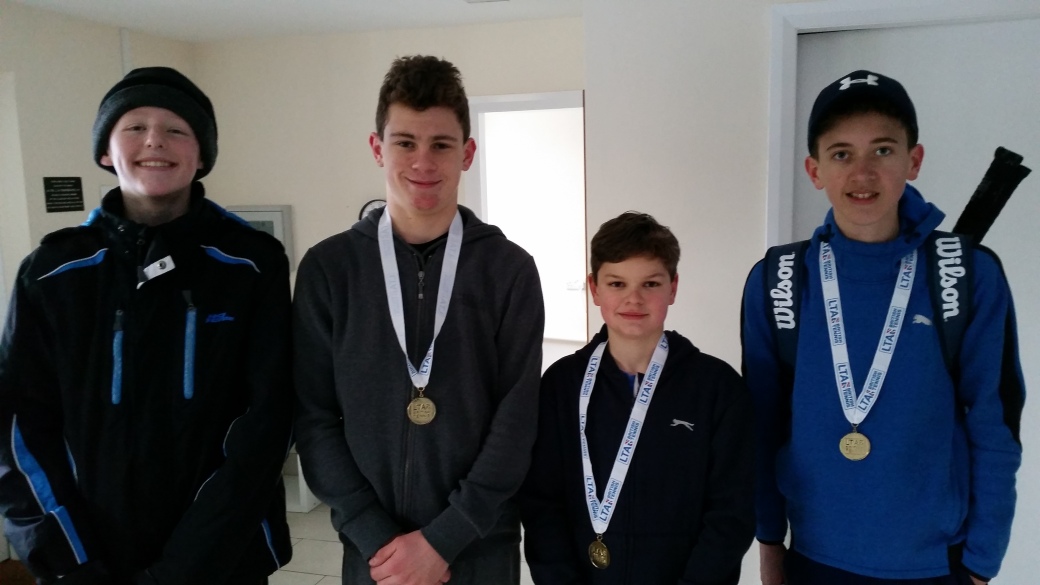 Thanks to Wetherby head coach Angela Crossley and her assistant Jo Coverdale for organising and the players and parents greatly appreciated their time and efforts. 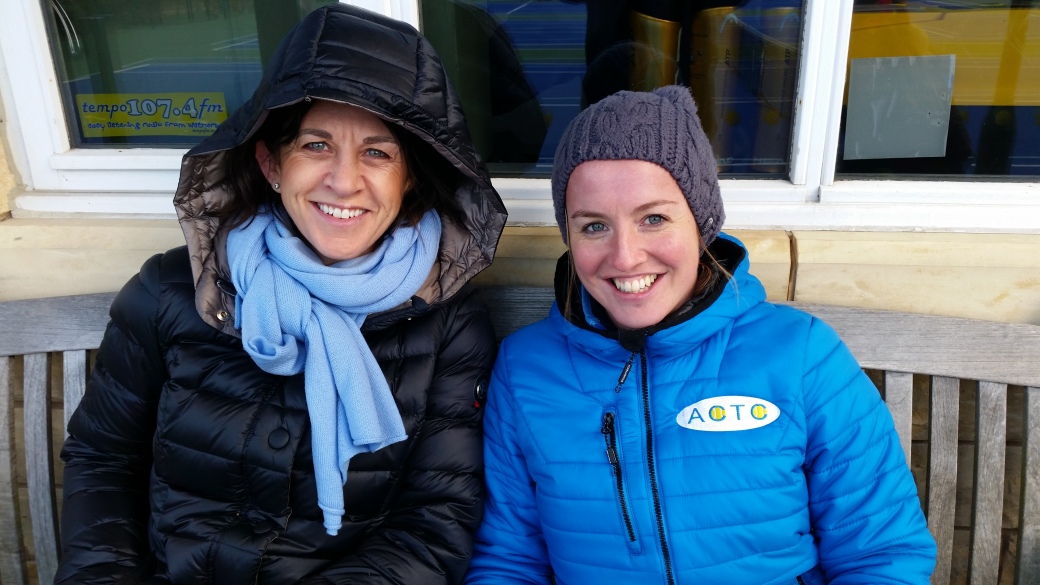