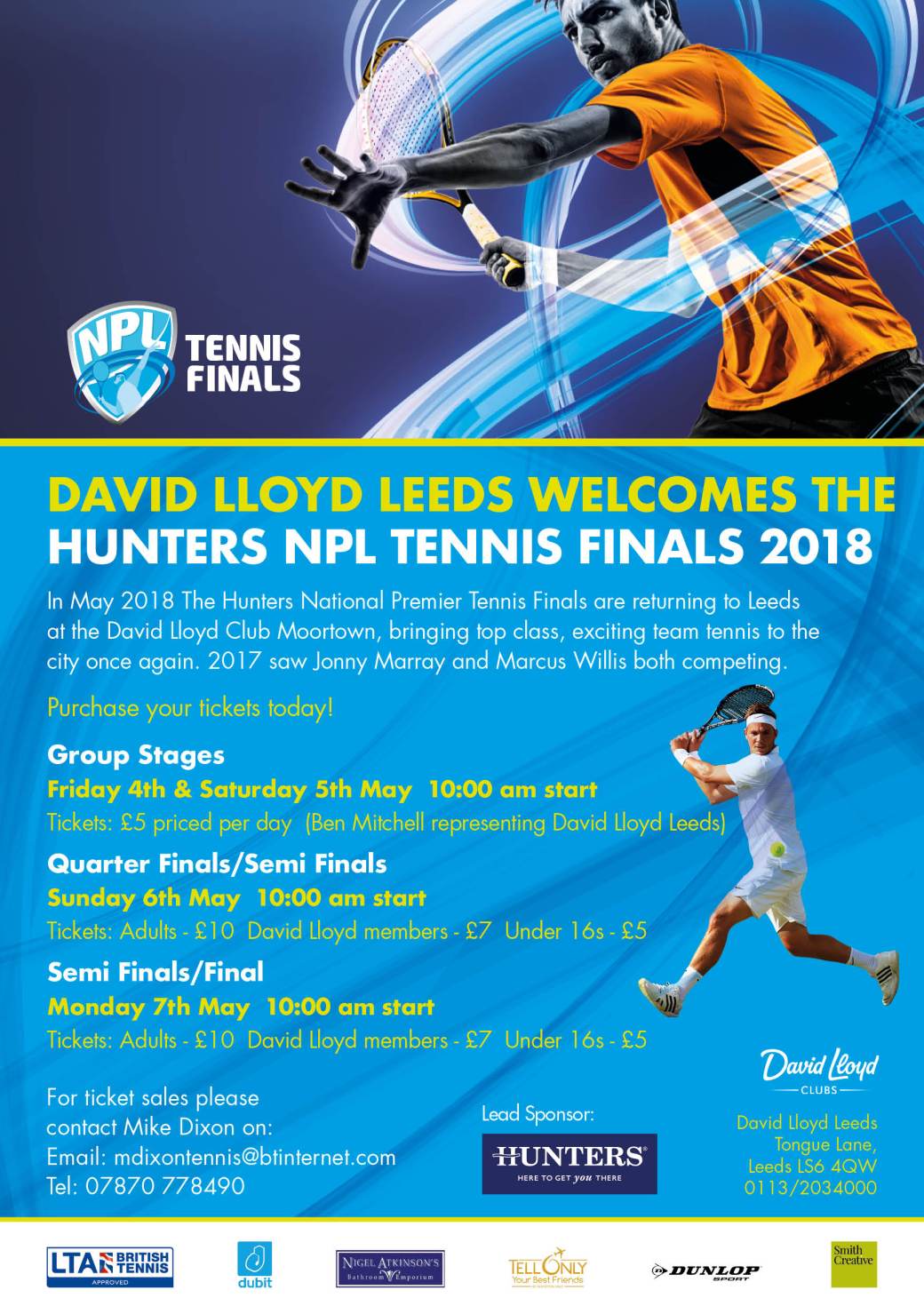 The NPL established by myself in 1999 is a Men’s team event played regionally each year from October – February, all feeding into, and culminating in a 5 day extravaganza which is the finals at David Lloyd Leeds in May 2018. Competing teams are drawn from the commercial health sector (David Lloyd/Virgin Active) as well as established top branded clubs such as The Queen’s Club, Roehampton, Edgbaston Priory etc. It is also supported by the governing body as it supports their drive for participation throughout the winter months.

Players that have competed in the past include Wimbledon 2012 Champion Jonny Marray, 2016 Wimbledon story Marcus Willis, as well as Pat Cash, Aisam Qureshi, Wayne Black and Jamie Murray, so is an event that attracts big names, with the team ethos being a big pull, as it creates more drama, and excitement for the participants and spectators. The 2017/18 Finals are Friday 04th May to Monday 07th May which is a bank holiday finish with a charity black tie dinner on  Thursday 03rd May.

Tickets can be ordered through Mike Dixon details on poster.