The Harrogate One mixed team returned to Castlegarth this evening hoping to follow up an opening day success over Boston Spa . The side had lost a frustrating shortened contest last week at David Lloyd but were hopeful a return to winning ways would follow back in familiar surroundings. The visitors arrived after two defeats and with resources stretched Ali White and Chloe Miller stepped up from the B team who play in Division Three.

James Landau was missing at David Lloyd but he was back this evening and he partnered Rachel Hill who received a late call up to replace the injured captain Sue Jacklin who had taken a nasty fall the previous evening. They took on useful Starbeck pair Rich Noland and Christine Nodding’s who had just returned from her son’s wedding in America. This proved an intriguing opener with both couples taking time to settle. James was keen to charge the net and force errors from the visitors and his game plan was starting to reap dividends as his deft touch saw a number of well executed winners. Hill was consistent and the Wetherby pair were gradually getting on top. However Noland was serving well and with Nodding’s also very calm at the net this contest was tight and Wetherby were delighted to eventually run out 8-4 winners. On court two Nigel Williams and Lucy Wright teamed up and they entertained Shaun Holme and Ali White. Holme is a clever and powerful player and hard to read and he and White were producing some very effective tennis. Williams was content to play from deep whilst Wright waited patiently ready to pounce at the net. Little between the quartet meant this rubber would go down to the wire and it was the visitors who shaded it 5-7. Mike Butterworth and Helen Robinson were at three and they faced John Berger and Chloe Miller. Berger is another difficult opponent to read whilst Miller has made great strides recently and is an exciting player rising through the ranks. Another close encounter here ensued and there was little to choose between the pairs. Wetherby finally ran out narrow 7-5 winners which left the hosts ahead 20-16 ahead of round two.

Williams and Wright came over to the show court ready to entertain the watching crowds and this promised to be another close one.Noland and Williams were trading blow for blow with many long rallies with Wright and Nodding’s both biding their time ready to intercept. Some great recovery play from the quartet meant this contest would last extremely long with both teams determined to take the points. The Wetherby duo however were on a mission and playing some inspired tennis with great teamwork would not be denied. With Wright serving well and with great consistency the hosts secured a vital 7-5 win to give themselves a flying start to the round. Butterworth and Robinson were struggling in their match with Holme and White however with the craftiness of the Starbeck man all too evident. They pressed home an early advantage and began to draw clear in excellent fashion to run out eye catching 3-9 winners. On court three Wetherby top seeds Landau and Hill knew the pressure was on to produce the goods with a big win needed. James has made a successful return from injury which side lined him all last season and has lost none of his class. Serving well,hitting accurately from deep and dominating the net he made tennis look ever so easy and with Hill a very useful partner the Wetherby pair were moving through the gears and dominating. Berger and Miller had little answer and despite a spirited performance fell 10-2.

With Wetherby ahead 40-32 the last round was all to play for but the visitors would need to recover a big looking deficit to cause an upset. Williams and Wright took on Berger and Miller and little surprise we had another close match for the Wetherby second seeds. The Starbeck pair were intent on going down in a blaze of glory and played some impressive tennis but the Wetherby duo are renowned fighters themselves and were determined to end on a high. Finally they sneaked home 7-5. Butterworth and Robinson arguably left their best performance of the night till the final round and inspired play on the show court were fighting hard to secure crucial points. The classy Starbeck number one pair made life difficult but with great determination the hosts kept the score close and a 5-7 reverse was just reward for a smashing effort. Landau and Hill were therefore closing out victory as they finished on court two against Holme and White. The Starbeck man was starting to run out of gas after his tremendous exploits earlier and facing an inspired Landau knew it was now damage limitation. White fought bravely but Rachel was her match and striding confidently around the court they produced another impressive effort to win 9-3 and add a superb 27 points into the Wetherby satchel.

A good match played in a nice friendly spirit finally saw Wetherby make it four points for the season after a 61-47 winning margin. Congratulations to both teams who provided good entertainment for the watching crowd. Wetherby move into second place in the very early table and host Almscliffe back at Scott Lane next Thursday. Starbeck may feel they will be involved in a relegation fight but if they show the spirt displayed tonight their first win must surely be just around the corner. 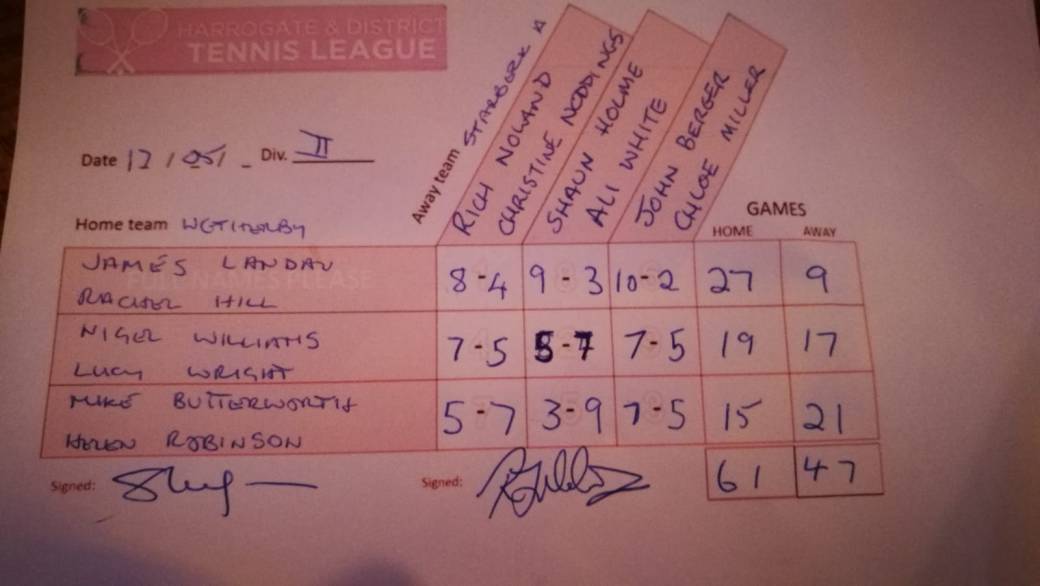 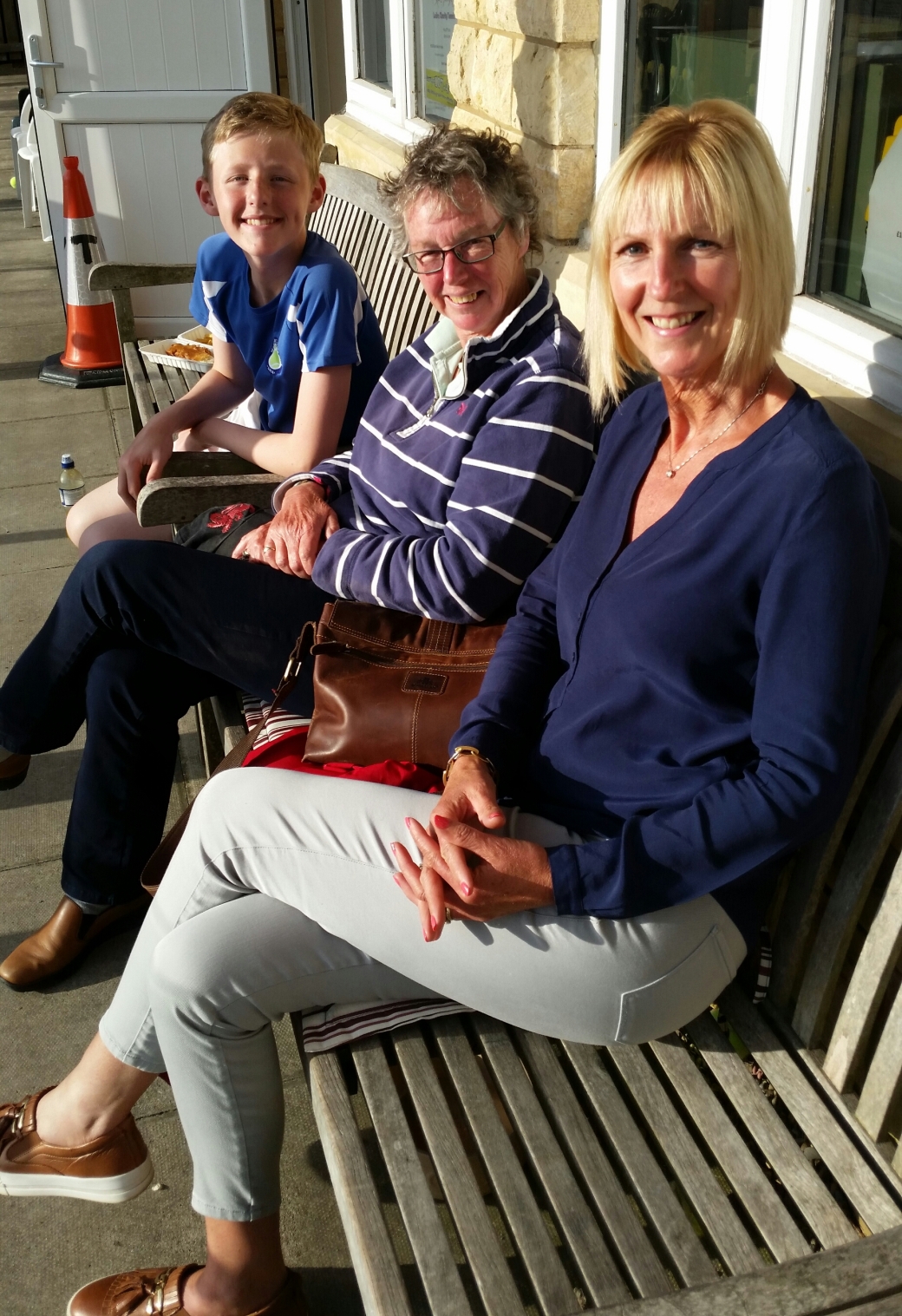 And of course not forgetting the enthusiastic crowd who appreciated the excellent tennis on show.