On a busy night of team tennis at Wetherby this evening, Wetherby A hosted Thirsk A in an Autumn Cup consolation plate  final clash. This match has been lost to poor weather and court painting over the last three weeks so it was a welcome relief to both teams that tonight was dry even if rather chilly especially later on.

Wetherby captain Helen Robinson was absent so Christina Plant was drafted in and she paired with husband Steve. Regular Wetherby A competitors Marc Bickers and Lucy Wright formed a strong top seed for the hosts. Thirsk arrived with a squad from their successful Harrogate Summer league division three team which had agonisingly just missed out on promotion by a solitary point this season. Thierry Boero and Lucy Bosomworth were their top performers and both played this evening and were joined by Elaine Cook and Ben Watson. Wetherby began as favourites but this looked an intriguing clash.

Lucy and Christina teamed up on court one and took on Lucy and Elaine in the opening ladies rubber. It was easy to see why Bosomworth is highly rated and such a strong performer as she hits hard from deep and with some lovely angles and is a cool customer with a strong temperament. Partner Cook is a left hander and uses tremendous power to force some terrific angles and is not afraid to advance the net which she often did to great effect . Wetherby knew they would struggle to contain the Thirsk ladies and so it proved. However each game was keenly fought with multiple deuce games as Wright battled manfully to keep the hosts in the tie with some tireless defensive work as she covered every inch of the surface. Plant was serving well and finding some nice backhand angles but she couldn’t quite maintain the consistency to turn those deuce games into points. Thirsk played with a confidence and took the opener 1-6. Undeterred Wetherby continued to create chances and there was some excellent long rallies on show. A late fightback threatened an upset but Thirsk held firm to take the second 3-6 and a well deserved victory.

On court two Steve Plant and Marc Bickers faced Thierry Boero and Ben Watson looking to level the match. Steve is a formidable presence on court and with a lethal serve and hard forehand would certainly enjoy his evening. Bickers is always consistent and has plenty of weaponry in his armour. A good server, big hitter and excellent court coverer the Wetherby pair formed a very exciting partnership. For Thirsk Boero is a classy individual and was able to mix things up nicely whilst Watson went for all out aggression and power and was hitting with real venom from deep. Steve and Marc were quickly into stride and managing to secure crucial winners however had the scoreboard ticking over nicely before prevailing 6-1,6-2 which left the match all square at 1-1.

The second round began with Marc and Lucy on the show court taking on Thierry and Elaine. Cook had been dominant in the ladies but found things tougher now as Bickers was producing some pulsating shots giving her little time and room for manoeuvre. Wright was typically determined and happy to grind long rallies out from deep but as the match progressed she produced some electric salmon leaping to produce a plethora of net winners . Thierry battled away and was able to find winners too but Thirsk couldn’t quite contain their higher rated opponents and Wetherby took the contest 6-0,6-2 after a fine display.

Attention now turned to court two where Ben and Lucy were looking to level for Thirsk but Steve and Christina looked determined to bring home the bacon for the hosts. The pair have a great understanding and with Steve unleashing a number of low missiles from deep Wetherby were getting on top. Ben was equally aggressive and returning fire but he couldn’t match the consistency of Steve. Lucy exploited the space to create some more acute angles but with Christa now finding her form to produce some deft touches at the net it was Wetherby who secured victory 6-3,6-3 to record a 3-1 success.

A really entertaining clash with some high quality tennis on show and both teams should be applauded for a terrific effort. Wetherby lift the trophy but a big thanks to Thirsk for providing strong opposition tonight. 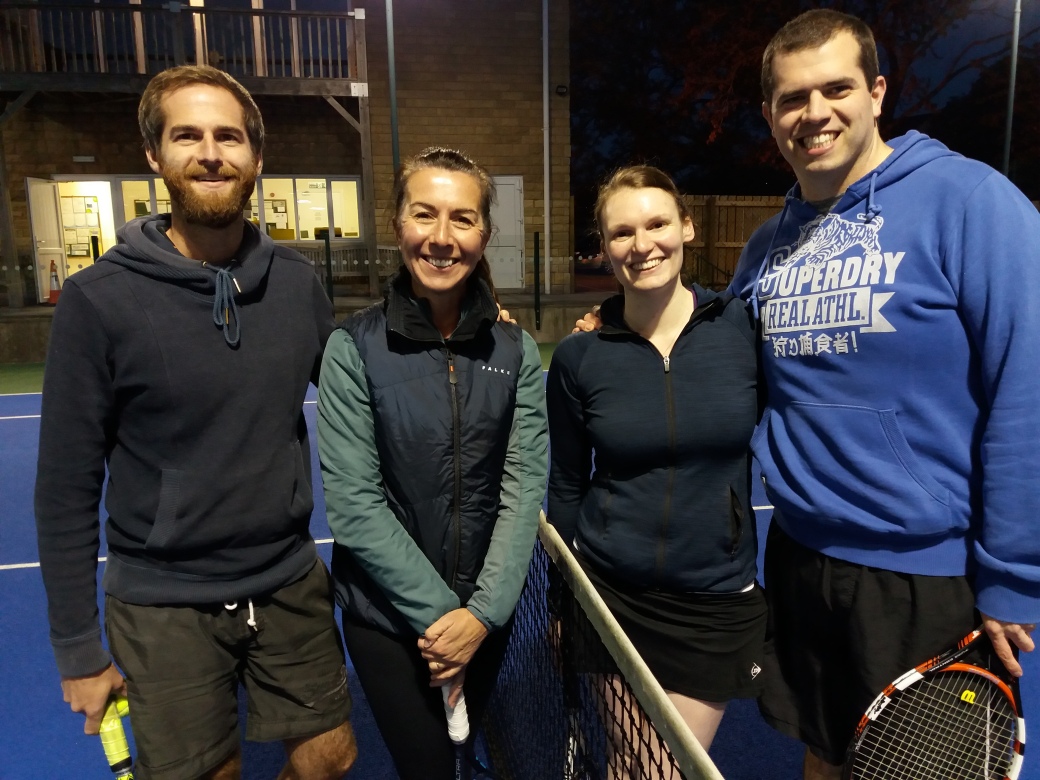 A strong performance from Wetherby A who lined up with Marc Bickers, Lucy Wright, Christina Plant and Steve Plant. 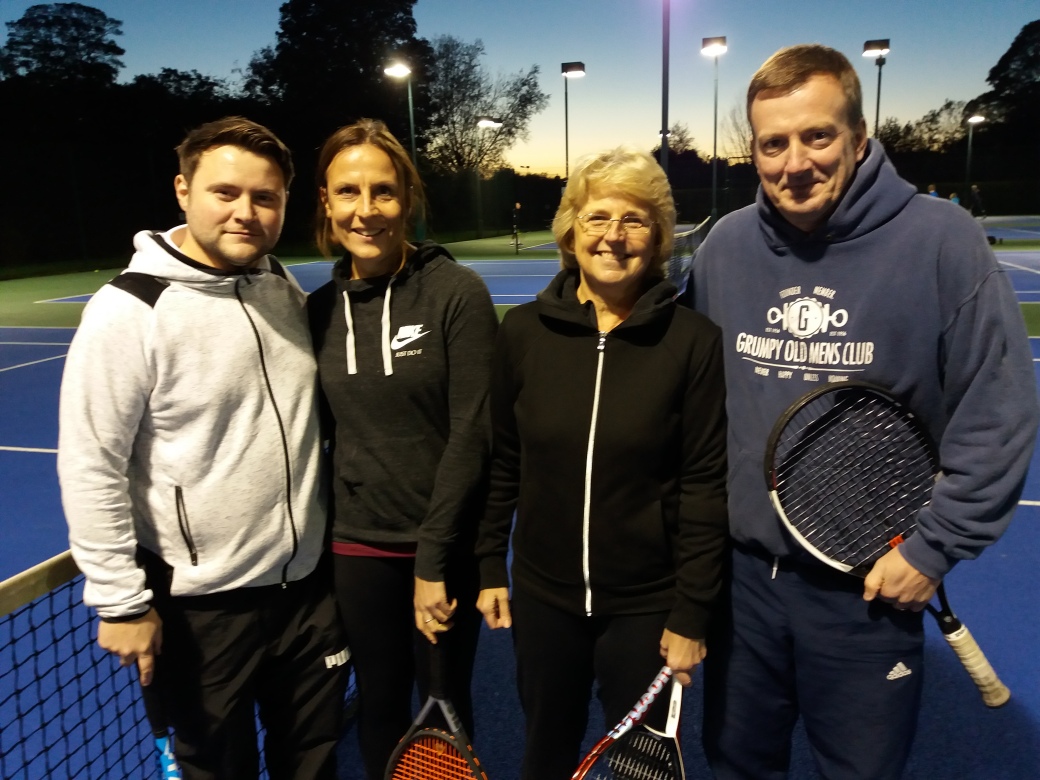 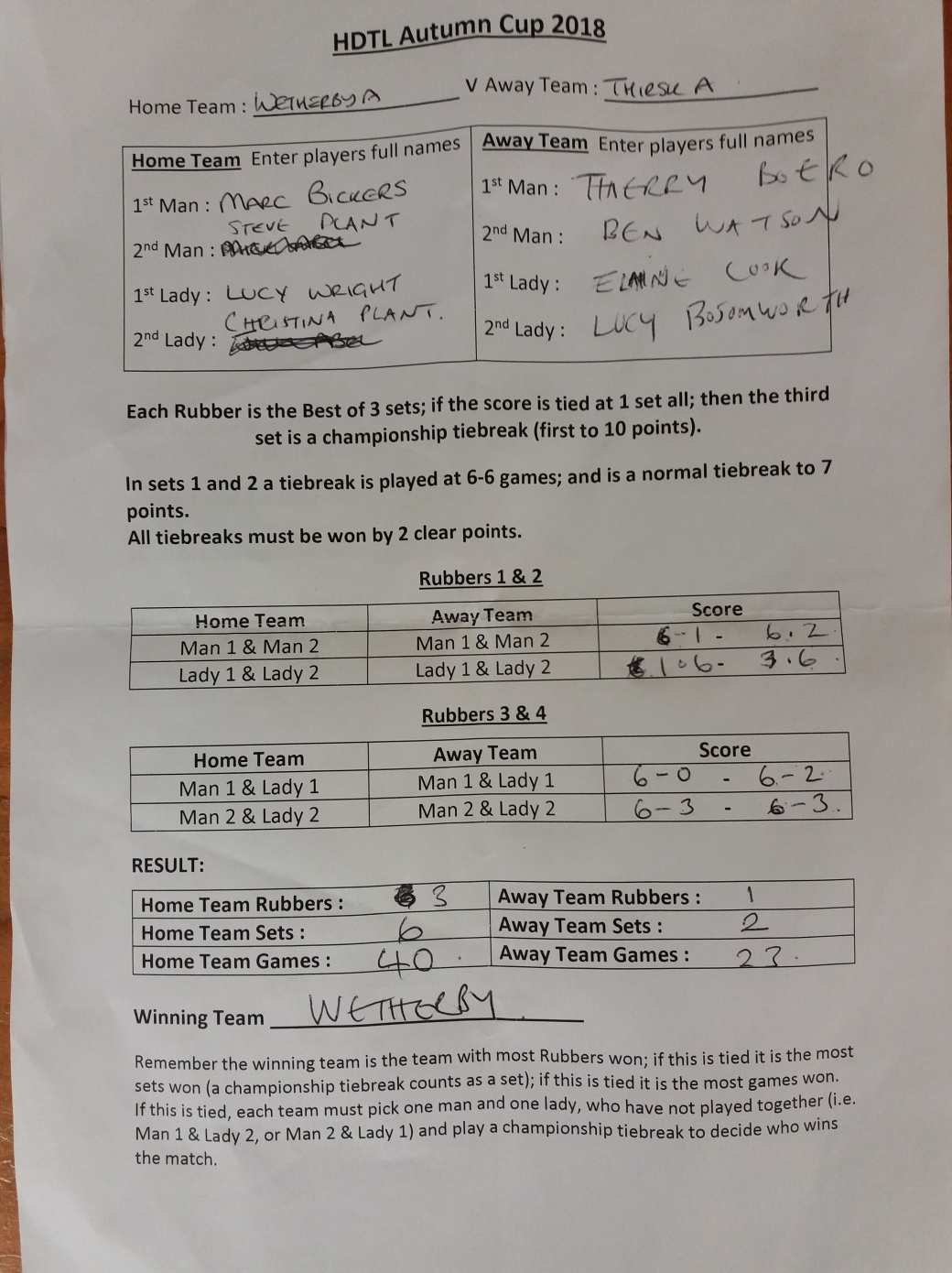