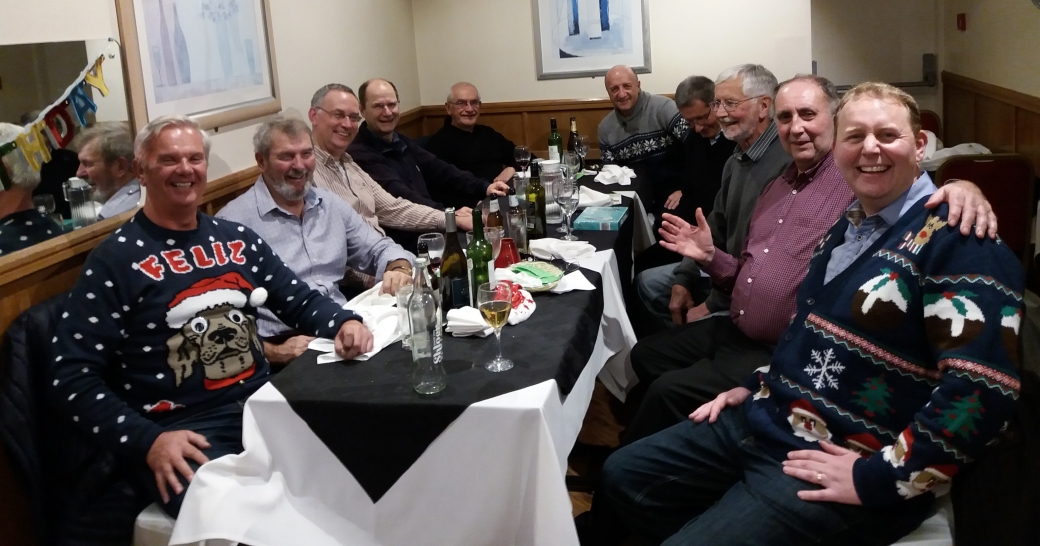 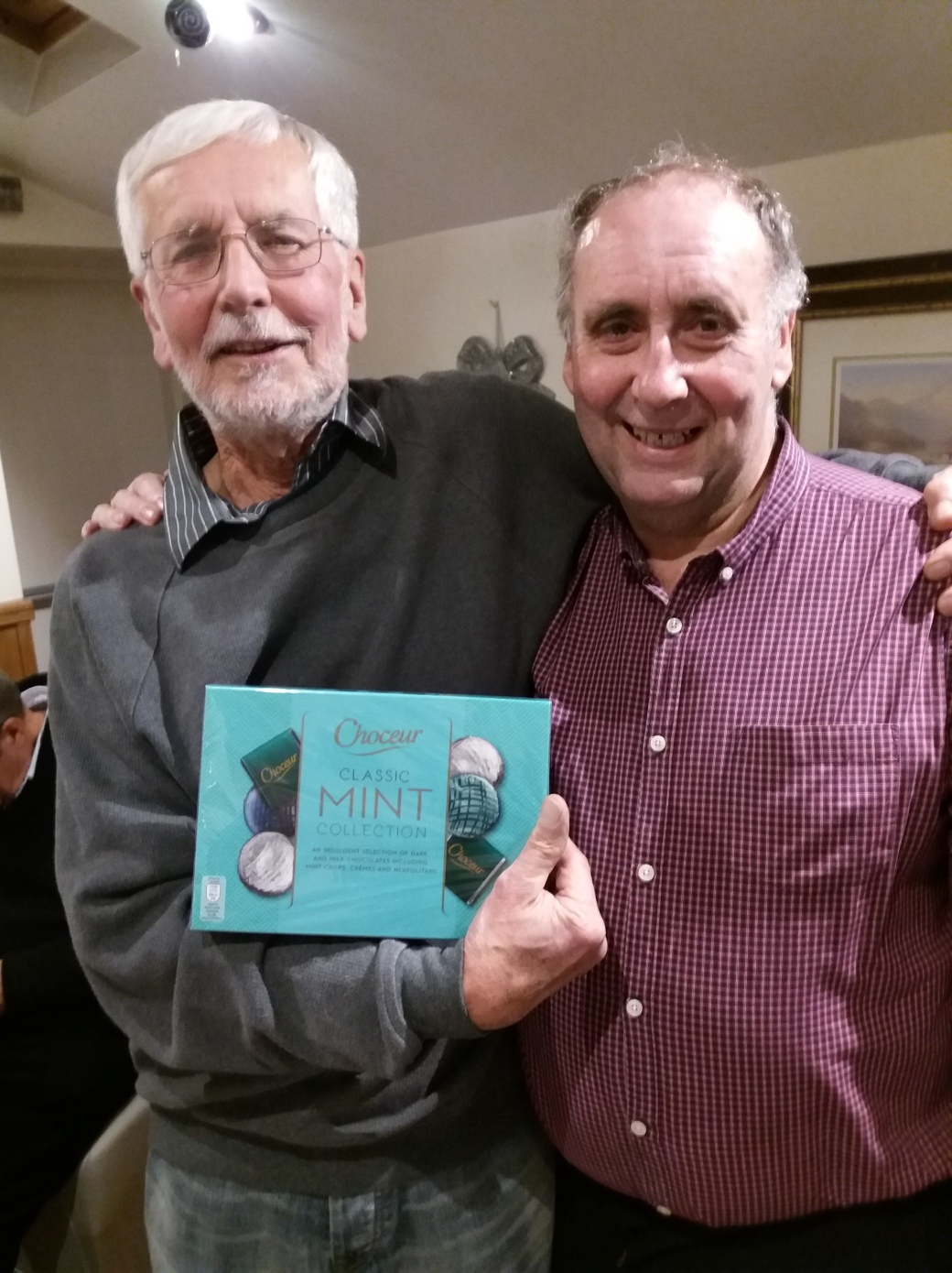 The exciting stand up / sit down quiz was won by the ever popular and long standing club member Ian Wells who promptly shared out his prize which was a box of mints! 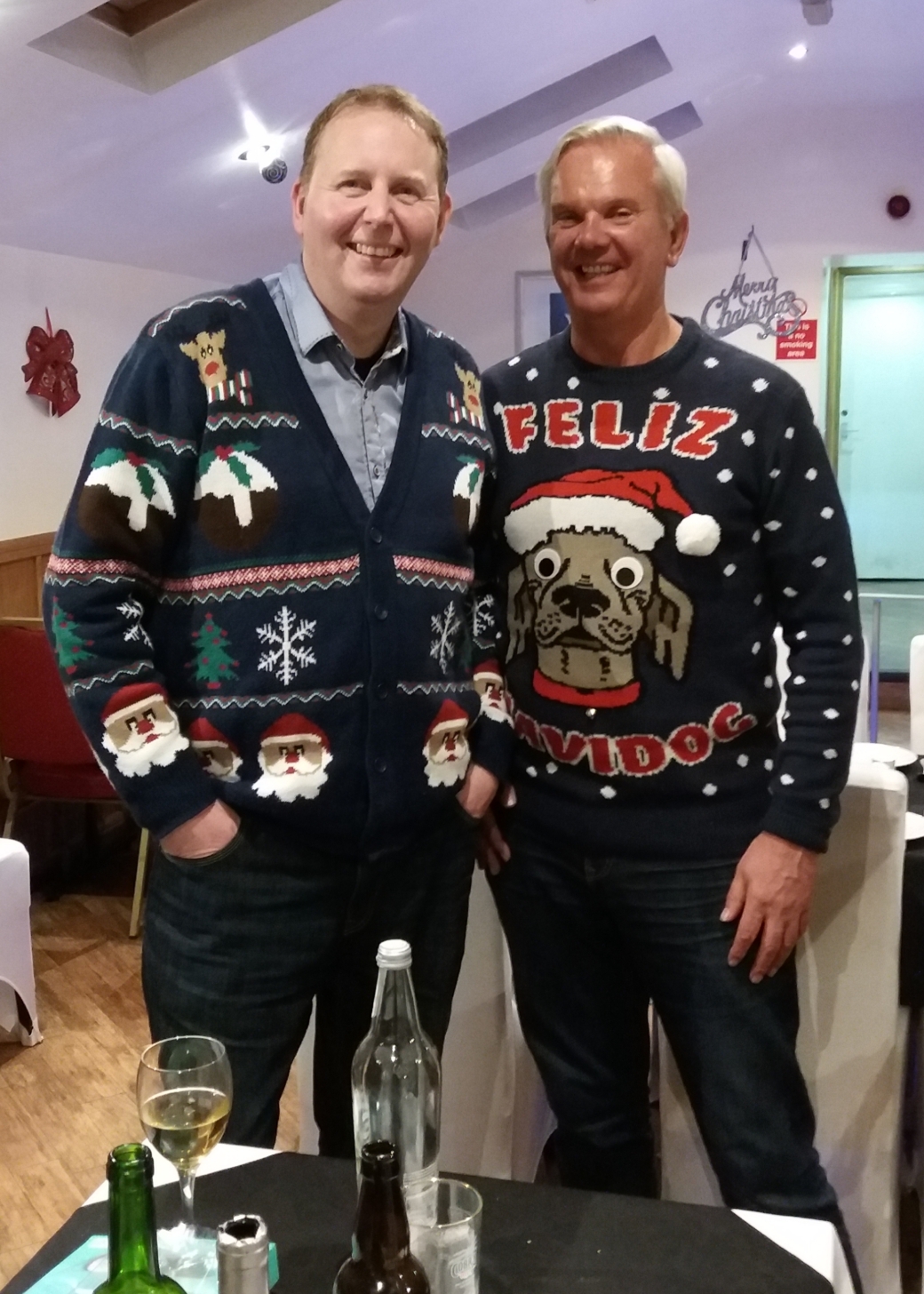 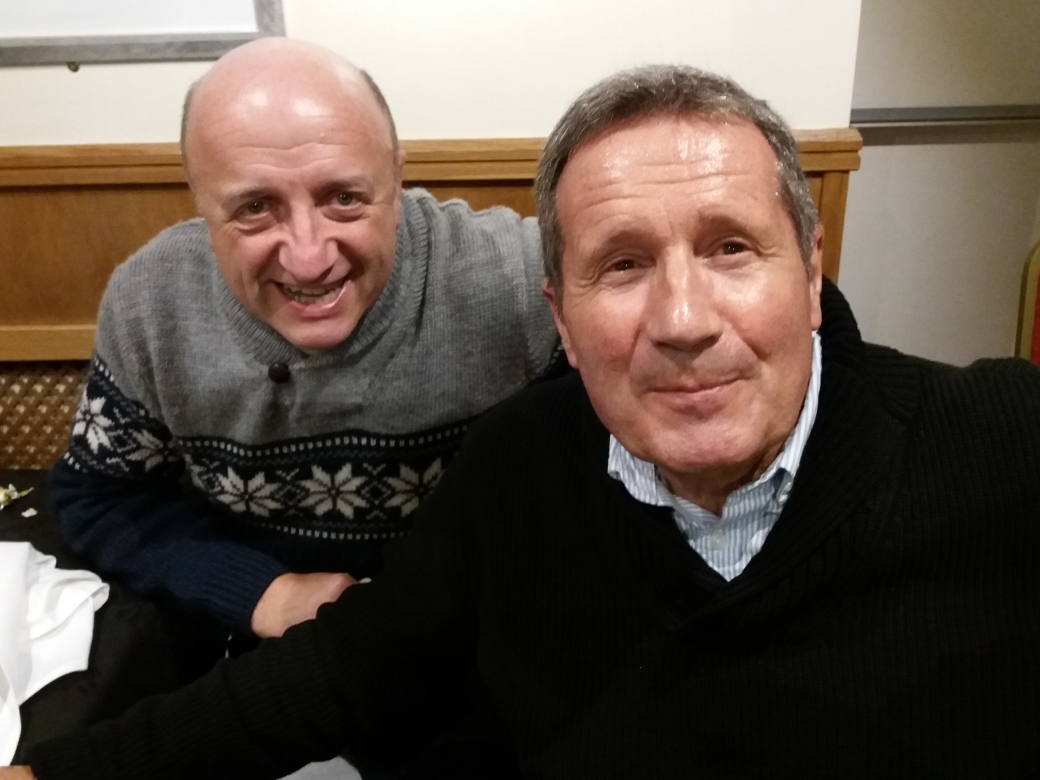 Neil Ripley has been absent with injury for a considerable spell and all at the club wish him well and look forward to his return on court. David Rhodes has been spending summer both in Spain and down on the South Coast and is still doing well on the circuit. 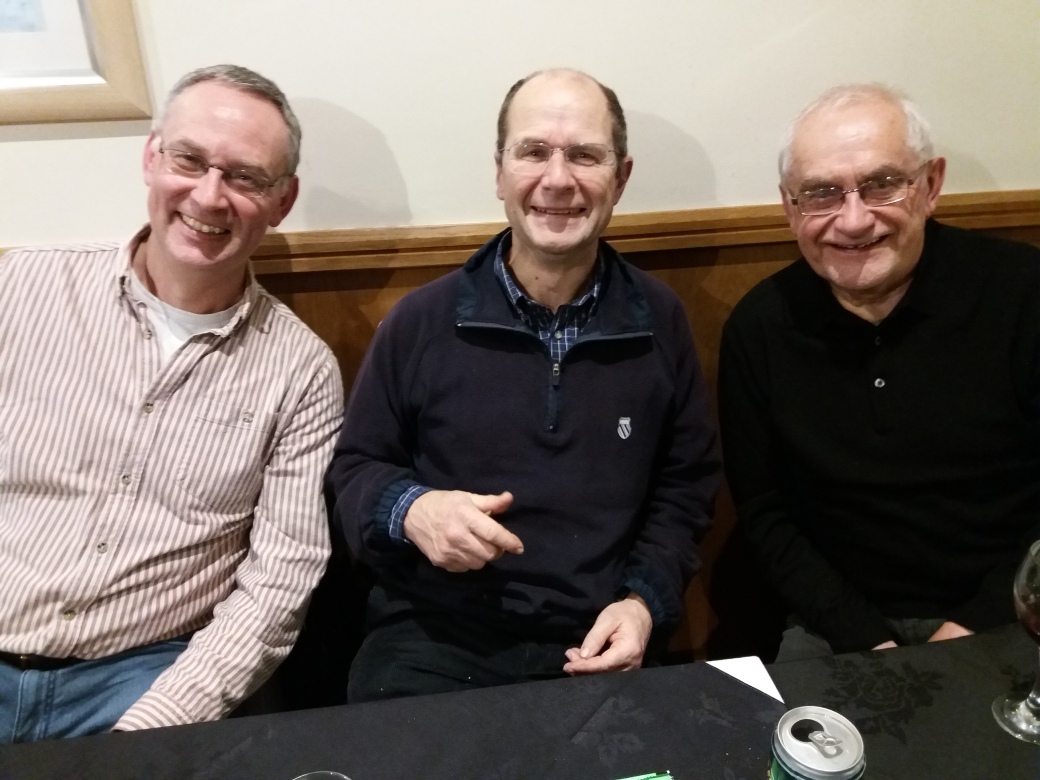 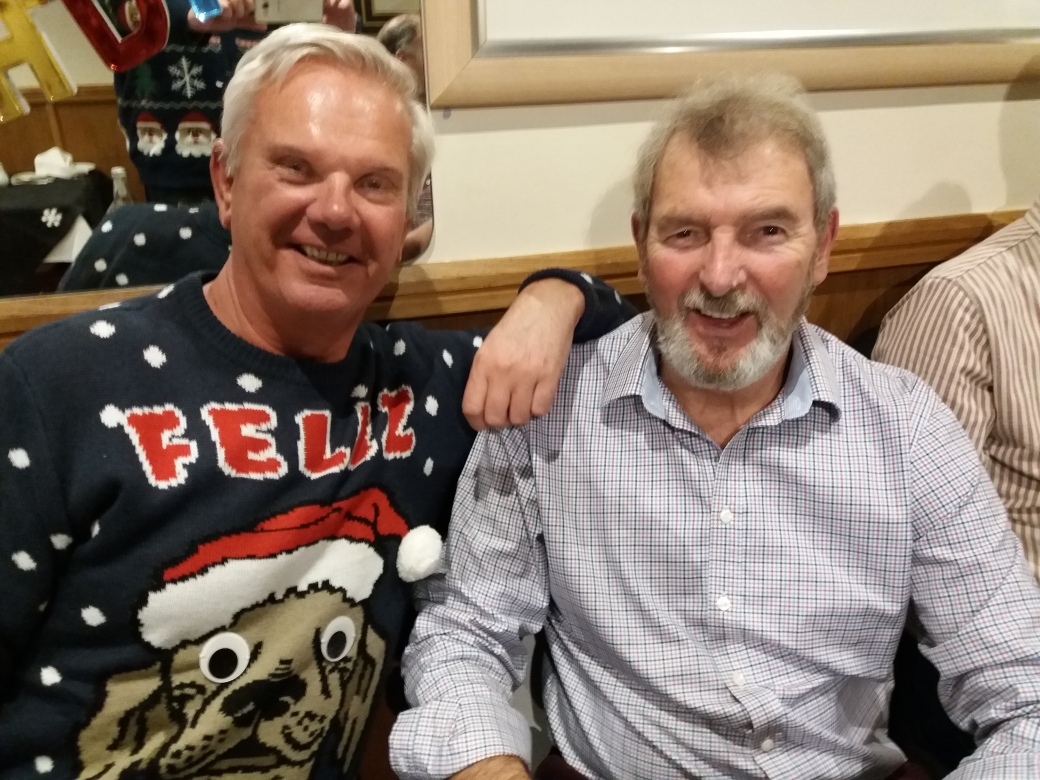 Tony Cutler and Peter Baldwin can always be relied upon for plenty of tales from days gone by and entertained the group with a number of classics tonight! 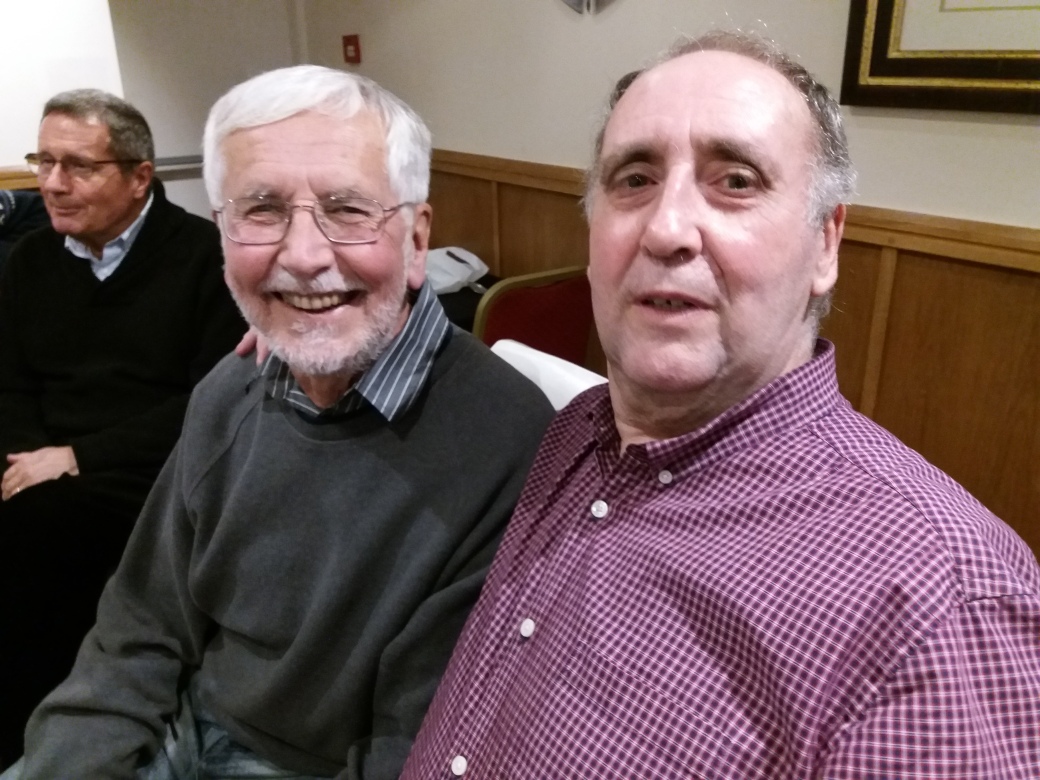 Ian Wells and Doug Harrison both have a vast amount of years on court and certainly shared a plethora of funny stories from their wealth of experience.

Thanks to all the chaps for a great evening and all the best for the festive season and good luck in 2019.