Wetherby A opened their season away at Knaresborough B this evening in this League Five clash. Wetherby had been relegated last season and Boro promoted so the visitors went into the game as strong favourites. Boro were also missing star man Dan Wilson and his two daughters from last season’s promotion squad and with Fiona Chantrey making a welcome return to the Wetherby ranks their chances looked even more promising once the team news was announced.

A dry and sometimes sunny evening but often cold greeted the players but at least the shorts and tea shirts were able to be worn. Richard Franks has been promoted from Wetherby B after a very impressive season and he teamed up with Fiona Chantrey at seed one. They faced Nick Jackson and Penny Sheard who had been instrumental in guiding the hosts to promotion last year. This rubber was well contested and at 3-3 the hosts were threatening a shock. However Franks and Chantrey are very cool and calm and with good teamwork they ground away to run out cosy 3-9 winners. On court two regulars Mike Triffitt and Louise Beasley teamed up once more and they have enjoyed winter league success during the off season. They faced the hard hitting Mustafa El Etriby and the very crafty Paddy Macjanette. This was a very close battle and with neither pair managing to take control it was no surprise honours were shared at 6-6. Court three featured Kevin Duckenfield and debutant Christina Plant, who has been a very welcome addition to the squad and club. They had been showing up well in pre season and looked eager for action tonight. Husband and wife duo Mike and Louise Forster were another important part of the Boro success story last year and would ensure another close match. Mike has a tremendous backhand and used this to good effect on many occasions. Always playing with a smile and full of laughter he covered every inch of the court and with Louise also showing tremendous battling qualities they made life difficult for the Wetherby pair. Finally the visitors prevailed 5-7 to take a 14-22 advantage into round two.

Franks and Chantrey are a real model of consistency and they continued their fine form here against Paddy and Mustafa. With the Wetherby pair content to rally and grind down their opponents they were able to reproduce their first round effort with another excellent 3-9 victory. Triffitt and Beasley now faced the Forsters and were looking to improve from their opening game. Louise was now starting to show her true form and with some strong net play was starting to boss the game. Triffitt produced his best serving for some time and his ability to chase down most lost causes was key. The Forsters played their part in many a great rally and this rubber was far closer than the score line indicated. However Louise was clinical at the net and with some beautiful winners from deep she and Triffitt wrapped up an impressive 1-11 success. Kevin and Christina’s blossoming partnership moved up a gear as they played very well against good opponents in Nick and Penny. This rubber produced some high quality action and with most points hard fought Wetherby were pleased to run out 4-8 winners.

With Wetheby almost home leading 22-50 all the pairs were relaxed as the final round began. The floodlights were now on but with the courts playing well there was plenty more top class action on show for a good watching crowd. The consistent Wetherby top seeds Richard and Fiona not surprisingly maintained their excellent form with another 3-9 victory over the battling Forsters which gave them a superb 27 points for their efforts. Triffitt and Beasley were also enjoying themselves and with the pressure off were able to play error free tennis. Nick and Penny however were also in good form with Penny playing a  number of well disguised returns and picking up many of Triffitt’s drop shots that he would normally expect to result in an outright winner, she was certainly making sure the hosts went down fighting. Nick has a lovely game based on spin and guile and he also produced many wonderful moments. However with momentum on their side the Wetherby duo ran out winners 4-8 to bag themselves 25 points tonight.

Kevin and Christina saved their best form till last and really moved through the gears to play some eye catching tennis against Mustafa and Paddy. The hosts couldn’t contain the power of the Wetherby third pair who recorded an excellent 3-9 win for 24 points in total.

Wetherby therefore made a promising start to the season with the final winning margin 32-76 to put them top of the early season table. Thanks to the hosts who battled well and the tea and food afterwards was superb. As always the cakes proved too tempting and tasty for most of us and thanks to Boro for been such welcoming hosts. Good luck to both clubs this year.

In all the excitement I forgot to take any team photos so had to find a few older ones of tonight’s Wetherby squad along with captain Barry Johnson who watched from the sidelines this evening. 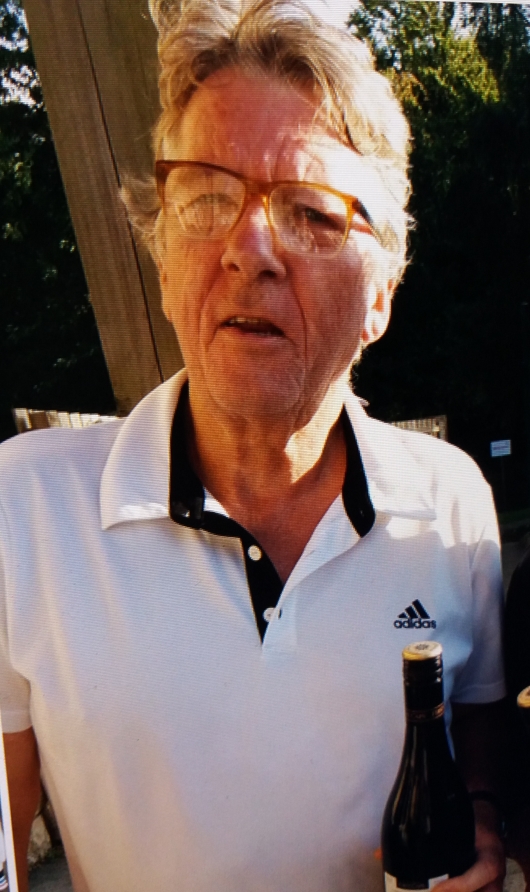 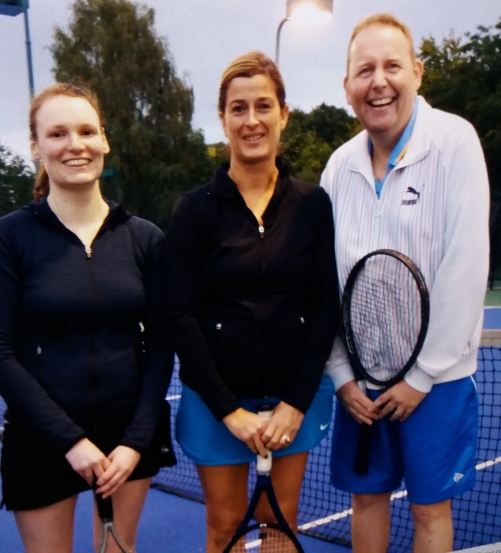