Wetherby B were keeping a watch on the weather forecast and although it offered little hope for much of the day, thankfully the rain abated and incredibly a lovely dry evening meant perfect conditions for their match at Bedale this evening. Captain Tony Cutler retained the same six that had won away at Harrogate Spa last week and the team were looking to go joint top with victory. Bedale had won just once from their opening four games but had twice fielded just two pairs so back up to a full complement tonight, went into battle with far more of a chance.

Bradley Triffitt and Anne Lillywhite continued at seed one for the visitors and faced a tough test in the opener against the strong Bedale top seeds Jenny Dilley and Colin Finch. They were slow out of the blocks and with Finch dominating the hosts raced ahead 4-1. Back came Wetherby and with Bradley hitting some lovely returns deep and Anne finding space out wide they forged ahead 4-5. However in this topsey turvey encounter Bedale took the next two before Wetherby leveled and 6-6 was a fair result.

On Court two captain Tony Cutler continued his flourishing relationship with Katie Barrett. The pair are a strong duo and both look confident together. Tony has improved the consistency of his game this season and with Katie a rock at the net they are tough to beat. Sally and Bob were lively opponents but couldn’t match the power of the Wetherby pair who were always in control to take the rubber 2-10.

Lindsay Edgar is enjoying his debut season in league tennis and once more was in good form alongside Judith Crossley. She is another strong lady who likes to command the net and with Lindsay happy to run for everything they were proving too wily for Val Dickinson and Mike Horsfield. The Wetherby third seeds were having great fun and looked delighted to run out impressive 2-10 winners giving the visitors a fantastic start leading 10-26.

Wetherby continued to play confident tennis with Brad and Anne always having too much match savviness for the spirited Sally and Bob. The quickly took control and despite a blip mid match were still able to record a 3-9 success. Tony and Katie matched that score as they once more looked impressive as they dispatched Val and Mike. Lindsay and Judith knew they would have to produce their best form to trouble Jenny and Colin and despite a brave effort Colin once more took the eye. With superb court coverage and excellent net play he was difficult to pass and with Jenny ultra-consistent Bedale took their first rubber of the evening 8-4.

As round three began Wetherby were very much in the ascendency leading 24-48 and it would take a massive collapse to throw this advantage away. Bradley and Anne saved their best performance for the finale where Triffitt really shone with a mixture of shots keeping the hosts at bay. Lillywhite returned well and with error free tennis the couple recorded a 1-11 win over Val and Mike which gave them 26 for their efforts overall. Tony and Katie had to dig deep but became the only visiting pair to lower the colours of Jenny and Colin with a fantastic 5-7 success to also bag 26 whilst it was all square in the last rubber where Lindsay and Judith couldn’t quite break down Sally and Bob having to settle for an honorable draw to record 20 for their team tonight.

A final winning margin of 36-72 did therefore take Wetherby joint top with West Tanfield and actually to the summit on points difference. Well done all on show for a professional performance. A special thanks to taxi driver Mike Triffitt who rescued the stranded Katie and Anne on route to ensure the match went ahead with a full complement of visiting players!. One thing I have noticed following Division six action this term is how friendly and what good atmospheres the games are played in and what incredible cakes are on offer afterwards. Tonight was no exception and the Victoria sponge cake courtesy of Val Dickenson was certainly a work of art. Bradley Triffitt once more cleaned up and is certainly enjoying these after match occasions !.

The team are back in action on Sunday when they face a tough challenge against Thirsk C who have only lost once this season. It’s very tight for promotion with a number of clubs having genuine hopes so this will be another crucial encounter. 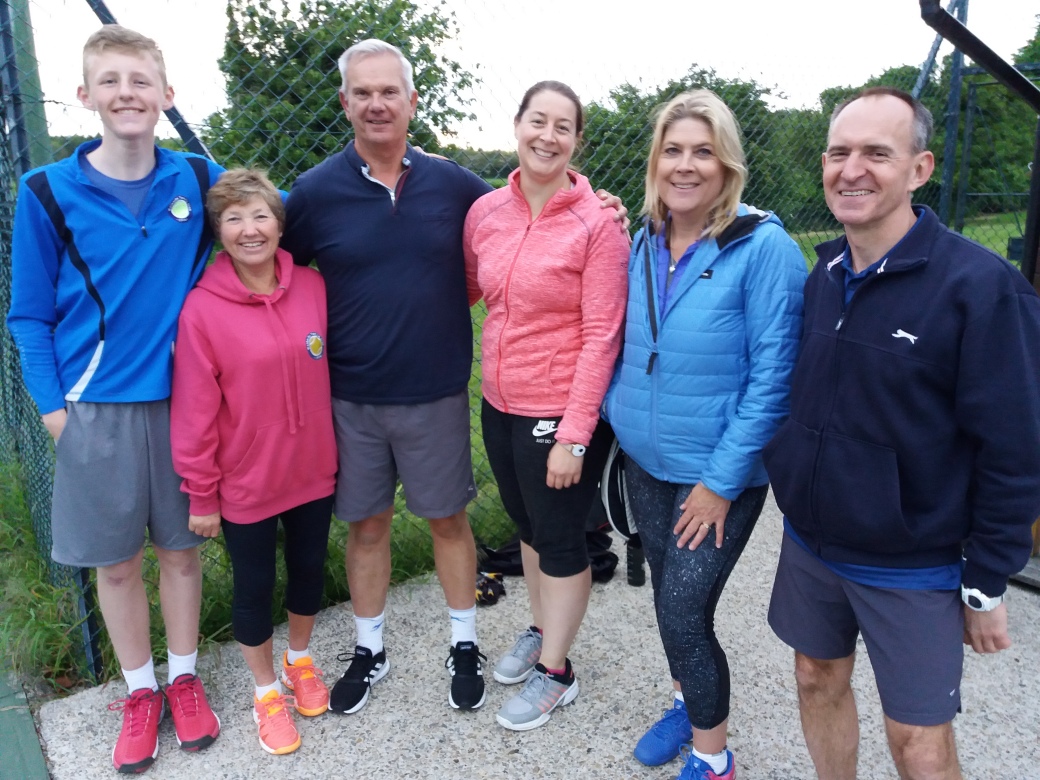 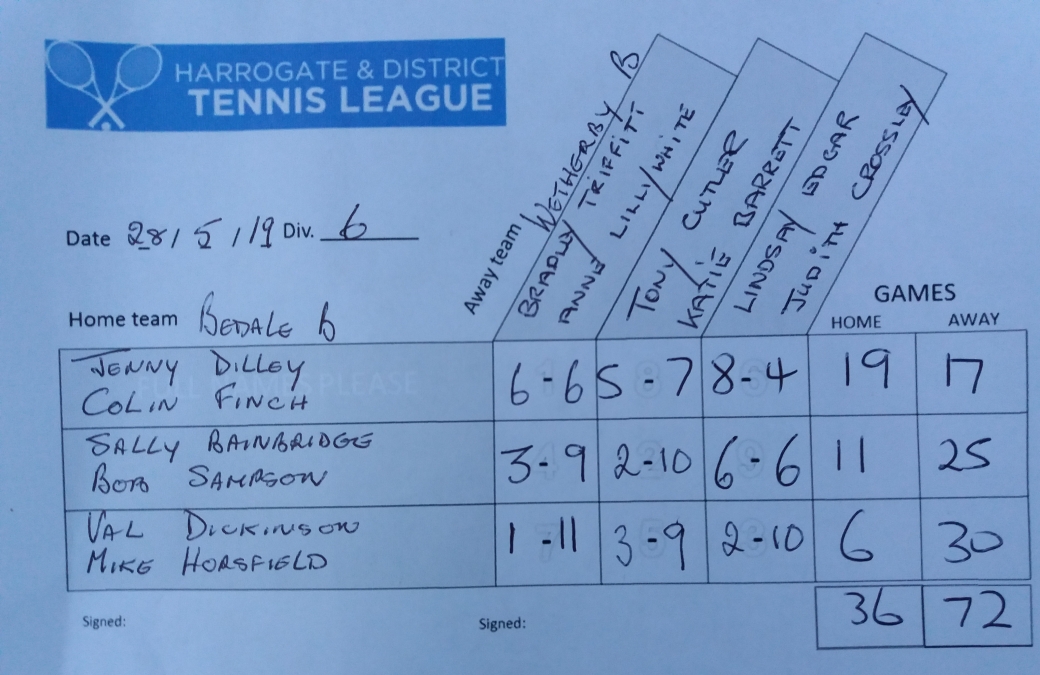