Wetherby A have been in good form in Division five this term and were looking to maintain their position at the summit when they hosted Ripon C this evening. Kevin Duckenfield was back on his holiday jaunts abroad whilst Louise Beasley was at the French Open. However captain Barry Johnson was able to pick from strength and they went into the game as strong favourites.

Richard Franks and Fiona Chantey are the sections leading pair and have been ultra-consistent this season. They took on Tim Swiers, who was making a welcome return to league action after injury, and Helen Hutchinson. Some good tennis in the early exchanges and little between the pairs before the Wetherby top dogs suddenly moved through the gears and started to increase the tempo. With great understanding they began to move clear to record a 9-3 success. Mike Triffitt and Christina Plant teamed up for their competitive debuts together as they faced David Latto and Colette Wilson. David is a big hitter whilst Colette has good court coverage and they took advantage of the hosts slow start to race into a 1-3 lead. Plant was booming some great serves down and often catching the visitors cold with some impressive second serve aces whilst the steady Triffitt was content to keep the ball in play. Gradually the Wetherby pair got some momentum going and finally ran out cosy 8-4 winners. Captain Barry Johnson was in action with Dawn Steel and the duo faced Pam Taylor and Sam Mansfield. Young Sam is just 18 and returning from a nasty knee operation. He has a great serve and court coverage and is a promising player. Wily veteran Pam was giving everything and the Ripon duo were frustrating their hosts. In a tight fought affair there was little between the quartet and the visitors thoroughly deserved their share of the spoils at 6-6 leaving Wetherby ahead 23-13 going into round two.

Triffitt and Plant moved to the show court but once more were slow out of the blocks and trailed the impressive Swiers and Hutchinson 1-4. Tim is a consistent player and Helen produced some accurate winners and the Wetherby pair were finding it difficult. However a pep talk from the watching Bradley Triffitt on the sidelines worked wonders and suddenly the Wetherby second seeds began to turn things around. With Christina dominating with her quality serving and Mike finding the baseline with some excellent deep forehands they ran off an incredible seven games on the spin to record a well earned 8-4 victory. Barry and Dawn looked determined to improve on their opening round and looked far more at ease on court two against David and Colette. There was some exciting rallies and both couples produced moments of magic. Finally a 8-4 win for Wetherby after a tough encounter. Lady Fe and Lord Richard were striding confidently on to court three and wasted little time getting into top gear. They were just too powerful and consistent for the Ripon third seeds who despite a resolute performance couldn’t prevent a 10-2 home success.

The winning margin now stood at 49-23 and Wetherby were almost over the winning line. They saved their best performances collectively for the finale and Barry and Dawn really turned on the style to excite the watching crowd. With the visitors starting to tire Johnson kept pounding his famous backhand winners away whilst Dawn was everywhere on court making many eye catching returns. They finished as 10-2 winners to accumulate a more than useful 24 on the evening. Franks and Chantrey were not letting up either and enjoyed the challenge against Latto and Wilson. The Ripon second seeds gave it a real go here and made the hosts top pair play to their best . They were of course very much up to the task and a 10-2 success meant 29 overall on the evening.

Mike and Christina looked relaxed as they took on Pam and Sam on court three. They struggled early on once more before getting into rhythm and with Triffitt pushing the visitors further back with some tremendous deep returns, Christina took over at the net and continued to impress in the serving department. Sam was also her equal on the serving front but the Ripon pair were unable to sustain any consistency in the rallies and once again it was 10-2 to the hosts meaning a nice 26 points for the Wetherby duo here tonight.

A comfortable 79-29 victory did indeed maintain Wetherbys 100% record and they are two points clear of Thirsk, who were relegated alongside Wetherby last season, and are equally keen to make an instant return. The team are back in action next Tuesday away at David Lloyd who will provide a stern test of their title aspirations. That is followed by a trip to Thirsk so the next two games are looking particularly crucial.

Thanks to Ripon for proving good opposition and once more great company. Good luck for the remainder of your campaign and catch up in the return. 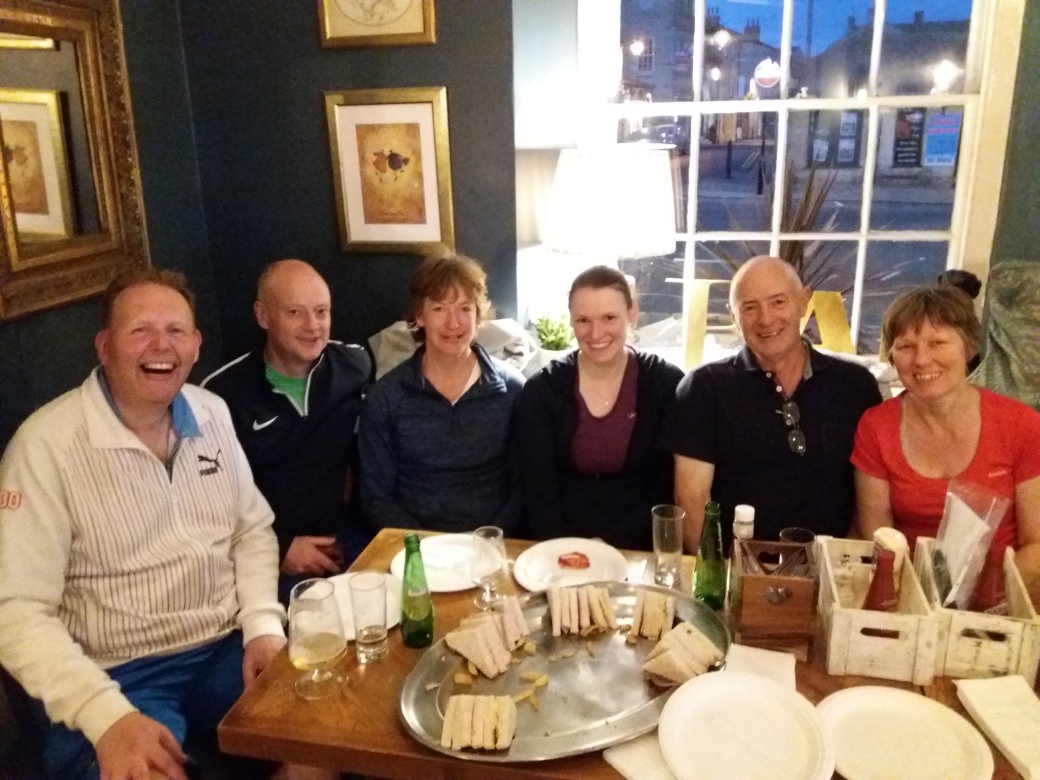 Well done to Sam Mansfield, Colette Wilson and Pam Taylor who were brave enough to face the camera and well played this evening too.