With a poor forecast the Sunday social June Tournament was in serious doubt today but thankfully the weather just stayed dry long enough to complete the competition. A perfect 12 meant an easier time in compiling the pairings and the usual format of 4 games and a swopping of partners for a further 4 with sudden death deuce over three rounds meant 24 points were at stake for every player. Helen Robinson and Christiana Plant had a hard fought battle in the ladies before Helen just prevailed by a single point, 12 compared to 11. In the men’s there was some real quality on show and the title went down to the wire. Walter Skubiak led Bradley Triffitt by 2 points and playing his rival in the last round extended that advantage to 3. However the youngster took the final 3 games to level at 16 all and with Brad having secured 8 in one round he was deemed the overall winner. Thanks to all in attendance and look forward to seeing you all back in July! 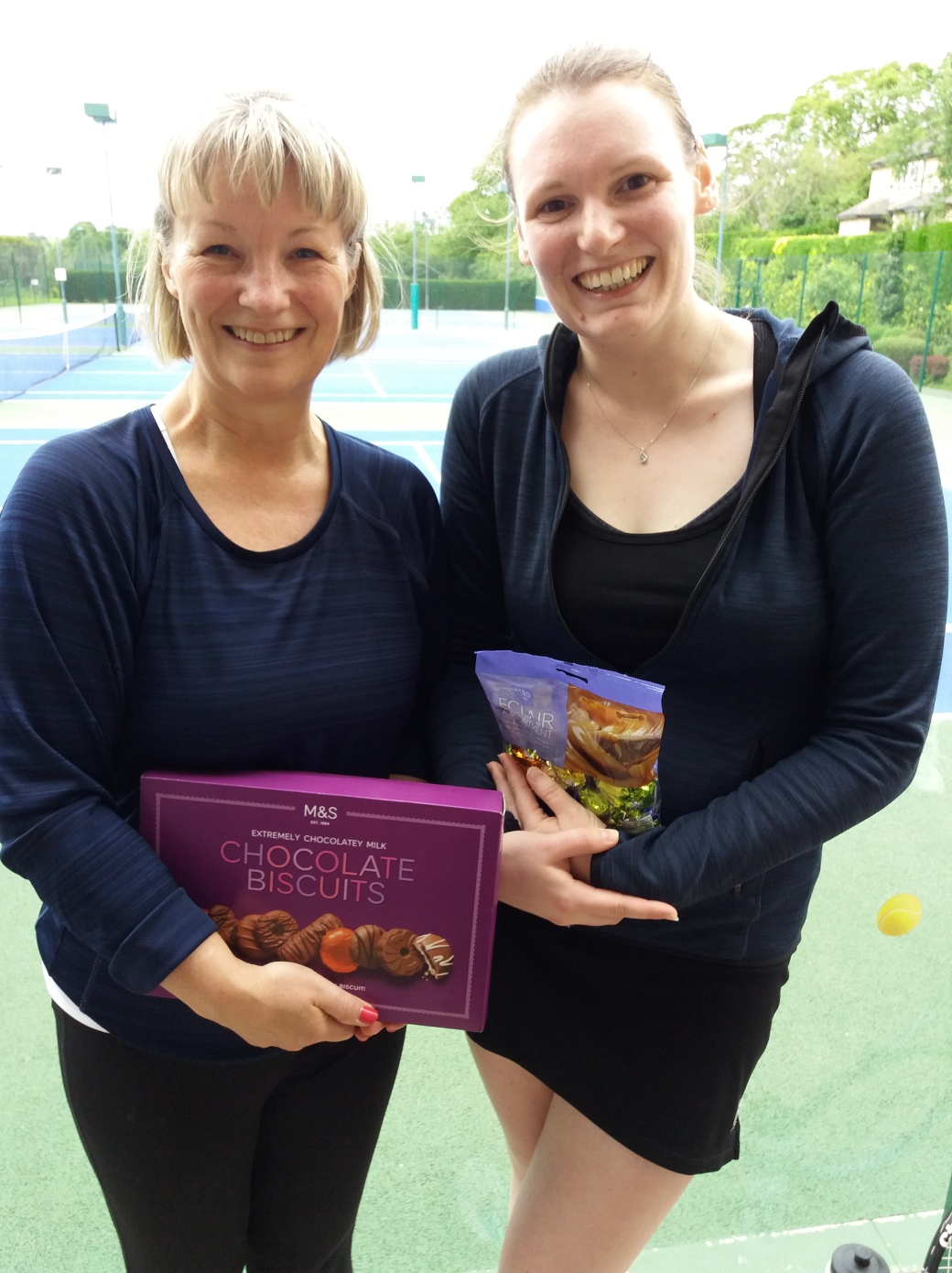 Helen and Christina were in good form with Robinson just securing the luxury chocolate biscuits by a single point as Plant settled for the Chocolate Eclairs!

Bradley Triffitt was delighted with his prize and quickly tucked in afterwards whilst Walter Skubiak passed on the Eclairs to Richard Franks and Bob Kirby in joint third as he looked to protect his teeth! 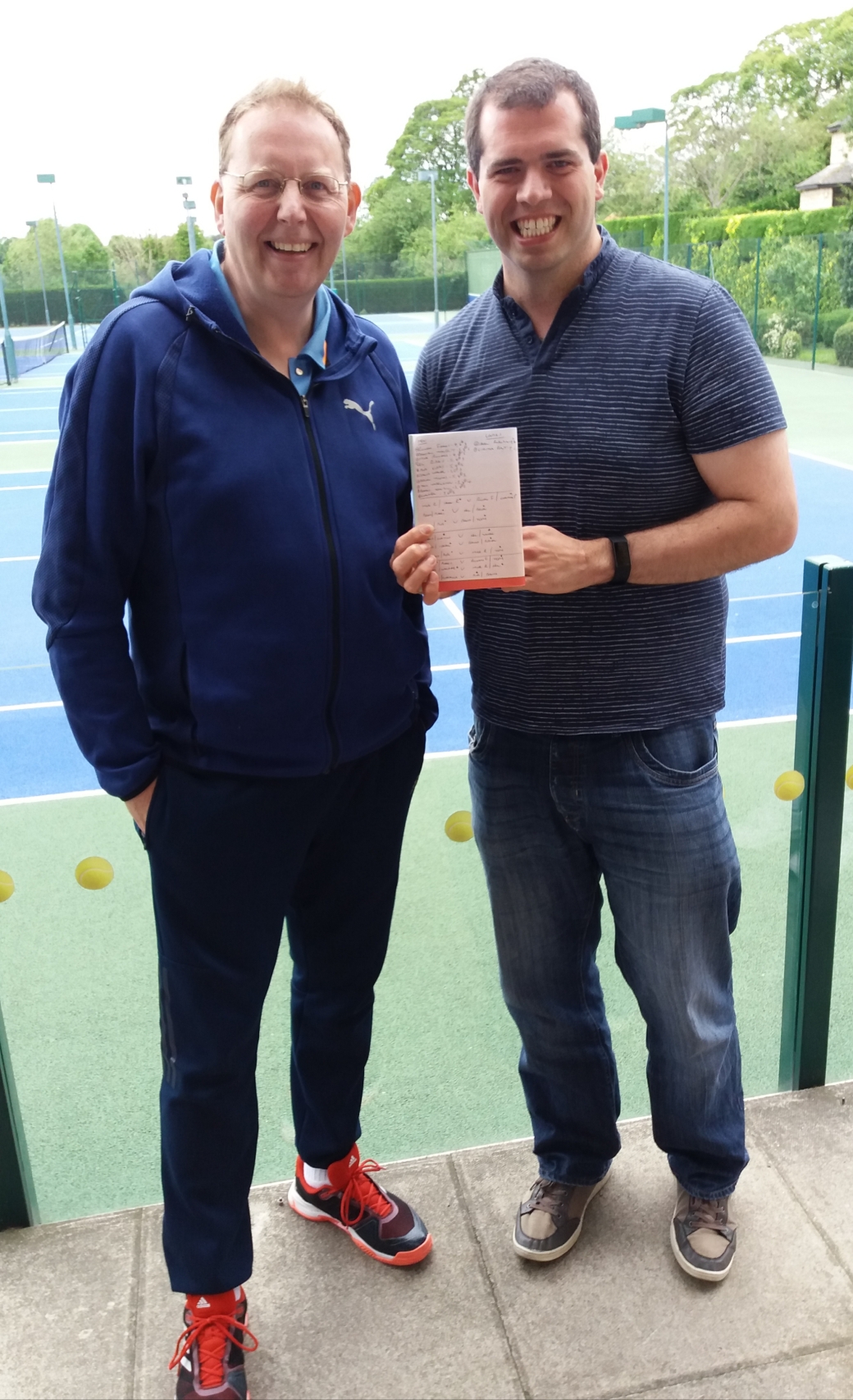 Thanks to Steve Plant for the pairings and score updates and to Mike Triffitt for organising the day.