Wetherby A arrived at David Lloyd in Harrogate this evening only to be greeted with rain and with the courts looking wet hopes of any play looked slim. However with a brighter forecast for later in the evening and sterling work form the ground staff, play did actually go ahead albeit after a 45 minute delay. The visitors top pair Richard Franks and Fiona Chantey were on duty and they began on the show court against Kield Rasmussen and Andrea Bethell. Kield is usually a big server and hitter but he struggled in both departments tonight. Andrea is an all action and stylish player with great court speed but the hosts duo would be no match for the Wetherby top dogs. It was normal service as the pair were superbly consistent and give the visitors a great start with an impressive 1-11 success. Captain Barry Johnson was on court two and teamed up with Christina Plant. They faced a tough ask against David Lloyd captain Alan Cunningham and the experienced Juiliet Jones. The Harrogate pair top the clubs scoring charts and were quickly into stride. They didn’t give Barry or Christina an inch and were playing very well. Christina responded with some powerful serving and with Barry managing to dispatch some nice volley’s they stayed competitive. However they couldn’t prevent a deserved 9-3 home victory. With court three unplayable Mike Triffitt and Louise Beasley moved indoors on the carpet to face Chris Nixon and Gerry Chan. The Wetherby pair were slow to adjust and quickly fell 2-0 down. With Nixon and Chan sensing blood they were piling on the pressure but good defensive work steadied the ship for Wetherby. Finally Triffitt got a foothold with some long rallies whilst Beasley was dominant at the net. They recovered well to record a 4-8 victory and Wetherby held a 14-22 opening round advantage.

Cunningham and Jones moved over to court one and looked excited at the prospect of testing themselves against Richard and Fiona. This proved a hard fought affair and despite a 3-9 win for Wetherby , Richard and Fiona both commented this had been the couples toughest rubber of the season. Barry and Christina found their best form of the evening as the pair proved too strong for Chris and Gerry. The visitors adopted a powerful game plan and were always in control to record an eye catching 2-10 success. Likewise Mike and Louise now looked far more at home on the indoor surface and arguably produced their best team effort of the campaign. Triffitt was matching Richard Franks for court coverage and running down many seemingly lost causes. Louise was sporting an eye catching  new outfit worn by Aryna Sabalenka and in all honesty was producing a performance the Belarusian would have been proud of!. Louise was unplayable at the net and she hit some amazing volley’s, often showing incredible reach. The Wetherby duo were delighted to win 2-10 and this round had put Wetherby firmly in control of the match now leading 21-51.

It was left to Franks and Chantry to confirm victory as they ran out 3-9 winners over Nixon and Chan to secure an excellent 29 points on the evening. Barry and Christina couldn’t produce their second round efforts as Kield and Andrea finally found their true form and ran out cosy 8-4 winners but a useful 17 still meant a nice return. Mike and Louise were also in the same boat and despite a valiant effort they too struggled to contain the impressive Alan and Juiliet who had too much weaponry and inflicted a 8-4 defeat on the Wetherby third pair which left them with 22 on the night.

However an excellent evening saw Wetherby maintain their unbeaten start 40-68 and with a sixth straight victory they are two points above Thirsk at the summit. The big two meet this Thursday in Thirsk although unfortunately for Wetherby star players Richard , Fiona and Louise will be missing. For once perhaps rain would actually be appreciated!!!

A big thanks to David Lloyd for getting the match on and the players just beat the buzzer to grab a late tea before closing time! We look forward to welcoming you to Castlegarth for the return. 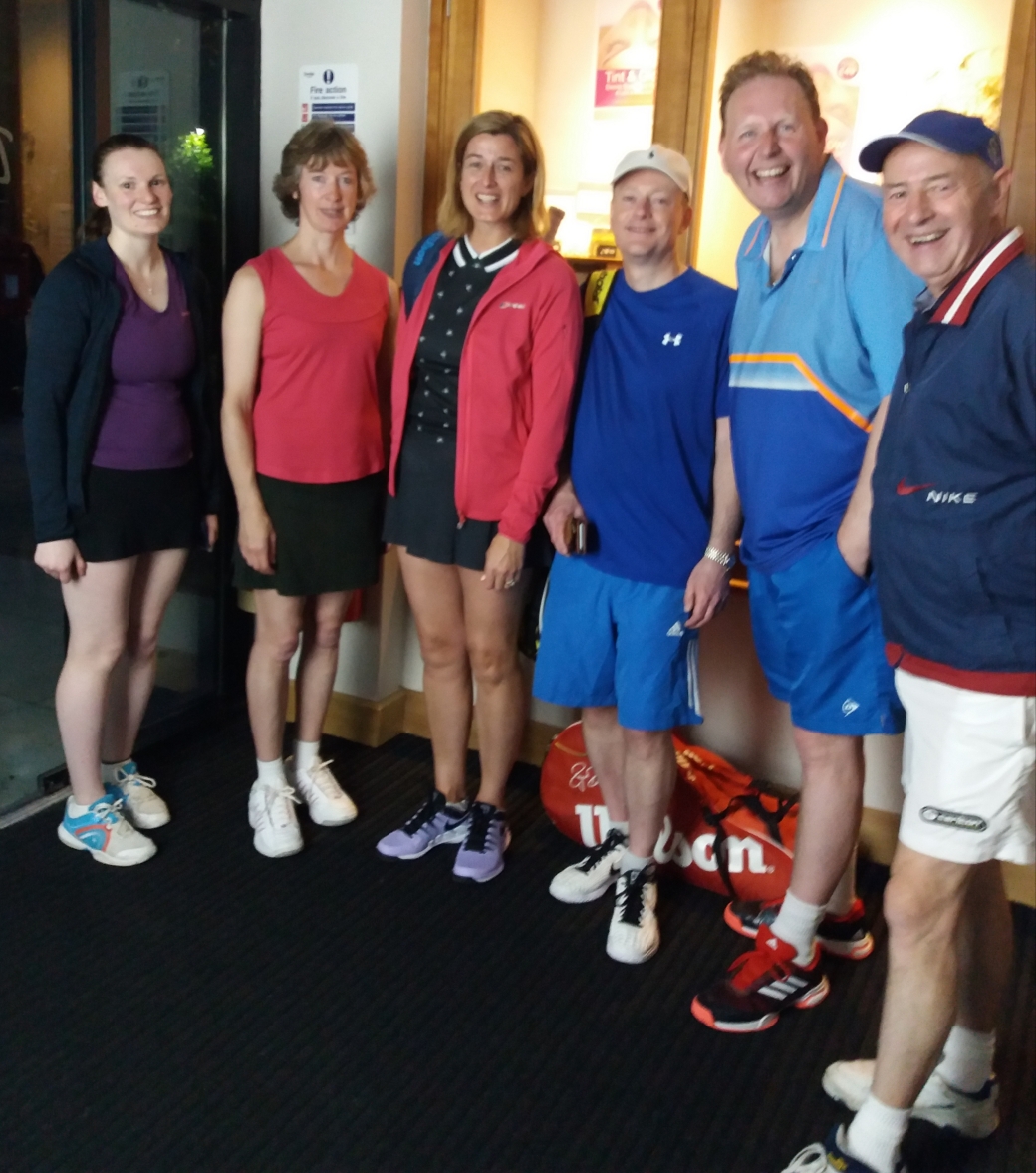