The ladies second team were unable to win at Fulford Saturday morning but on the traditional Pink Weekend they certainly looked the part on court. A spirited effort from the girls saw them lose 64-44 but despite a difficult season the super team comradery once again shone though. Fulford are always welcoming hosts and sixty pounds was raised between the teams in the pink tea party afterwards during the raffle so well done for all who contributed to such a worthy cause for Breast Cancer. 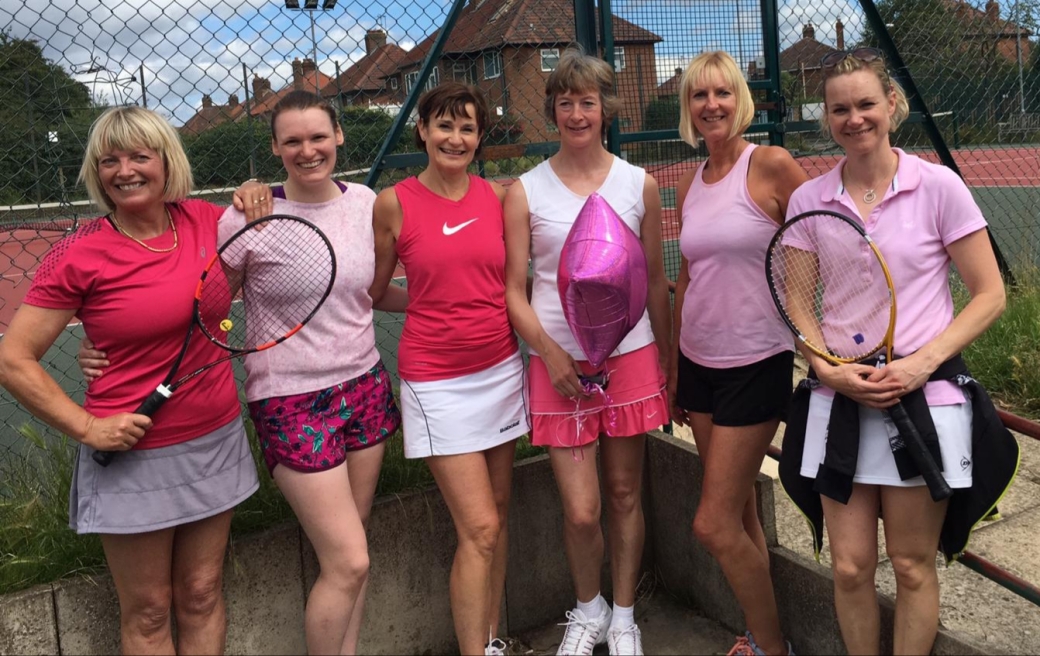 A well earned lunch after a hard mornings work on court with teams mixing in to support the Pink Weekend charity.

The ladies first team are enjoying a tremendous season in Division One and once again showed their class this afternoon when beating Pocklington 79-29 at Castlegarth. The team are vying with Wigginton for runners up behind champions elect York 1 but once more it’s a credit to the strength in depth at Wetherby at this level that they are riding so high. Their fixture at Wigginton on Friday August 2nd will certainly be worth supporting for sure.

The Leeds men’s first team are exceeding expectations this season and today entertained Wakefield in a top of the table clash in Division 5. The emergence of youngster Bradley Triffitt along with the rise of Richard Frank’s has certainly given the team some real quality and the rest of the squad have also played to a good standard. Wakefield brought two players who have tasted Division 1 action this term and all the sets were hard fought in the sun this afternoon. However such is the confidence in the team, with all four players today also enjoining regular success in the mixed, that they refuse to be beaten and a 7-1 victory moves them three points clear at the summit with promotion almost assured. 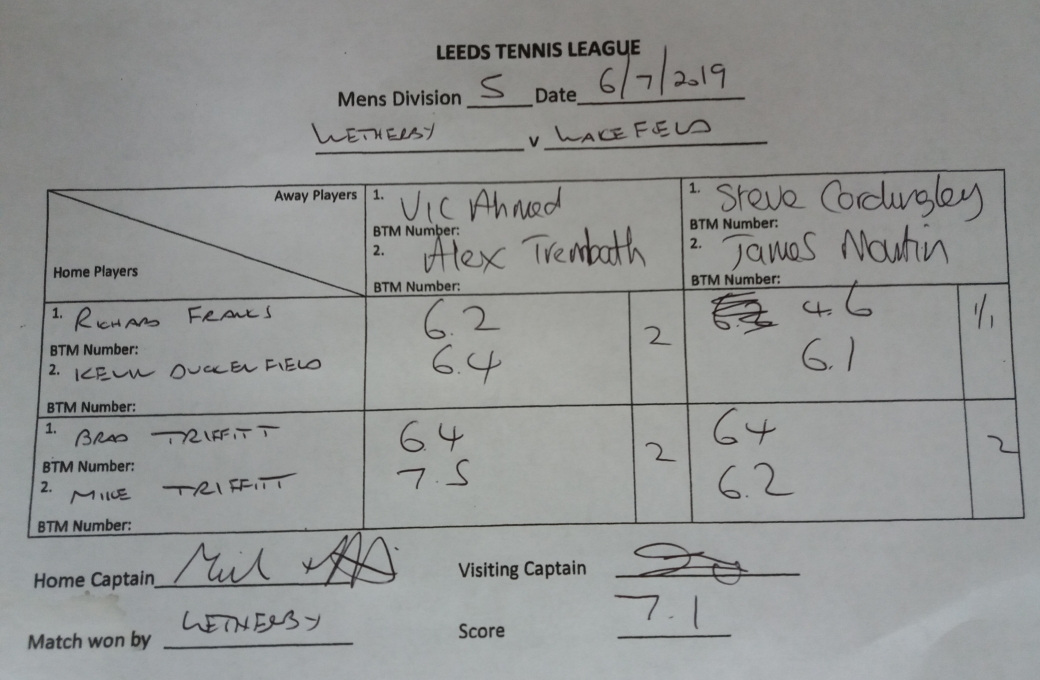 The Leeds ladies first team are also on the promotion trail and a resounding 8-0 victory over Pool on friday evening took them to the top and made it six consecutive victories. Captain Bev Lyn is once again doing an excellent job at the helm and has retained her regular ladies . However special mention must go to Emma Youlden who has moved up from social level to play a significant role in the teams success and continues to improve each week.

On Sunday morning the men’s first and second teams both face crucial matches. The first team are involved at the wrong end of Division 2 and travel to Rowntree Park who are just 1.5 points ahead of them. Remember in York 12 points are available in any match so a big win can see significant movement up the table. The 2nd team are riding high in Division 4 and are hoping for promotion. They host lowly Strensall 1 and will be confident of retaining second place as they fight out with Harrogate Spa for what is looking like the second promotion spot behind champions elect Wigginton 3. Good luck to both.