After only avoiding relegation after two new teams were admitted to the Leeds league this season, the Men’s Leeds First team were looking to consolidate and improve last year’s position. However today after beating Kirkstall 7-1 at Castlegarth they are celebrating promotion after a marvelous transformation in form. The team knew doing the double over todays visitors from Leeds would be enough to move up to Division four and captain Mike Triffitt was able to field the same quartet that had earlier won at Kirkstall. Youngsters Ollie Newsome and Bradley Triffitt teamed up for their second appearance and these improving types formed a strong seed one for the hosts. They picked up three of the four sets in the first fixture but completed a clean sweep today. They saw off Kirkstall second pair Paul High and Tim Gillatt with some tremendous hard hitting and strong net play to finish 6-2, 6-1 winners. They followed this up in a cracking contest with James Maskill and Rob Carroll . Both pairs played some eye catching tennis and the lads had to dig deep to win the opener 6-4. They let rip in the second and oozing confidence ran out cosy 6-2 victors to complete a great days work.

Triffitt senior paired up with Richard Franks and this duo have enjoyed great success in the mixed as well as the men this term. They might not have the power of Brad and Ollie but are very consistent and hard to beat. They shared the spoils with James and Rob winning the opener 6-2 but losing the second 2-6. With the sweltering heat making conditions tough they quickly wrapped up a 6-2 success over Paul and Tim but the second set proved far closer and much more tricky. Trailing 4-2 then 5-4 they found extra reserves to take the last three games for a narrow 7-5 win to ensure a 7-1 success overall.

Thanks to Kirkstall for providing good opposition and a really nice team with all sets played without drama. Good luck in your quest to survive.

Wetherby now complete the season with a double header against struggling Dacre. They travel north on Tuesday before hosting next Saturday. Dacre are also looking to avoid the drop so Wetherby envisage a tough week but one win would seal an amazing title success so good luck chaps. 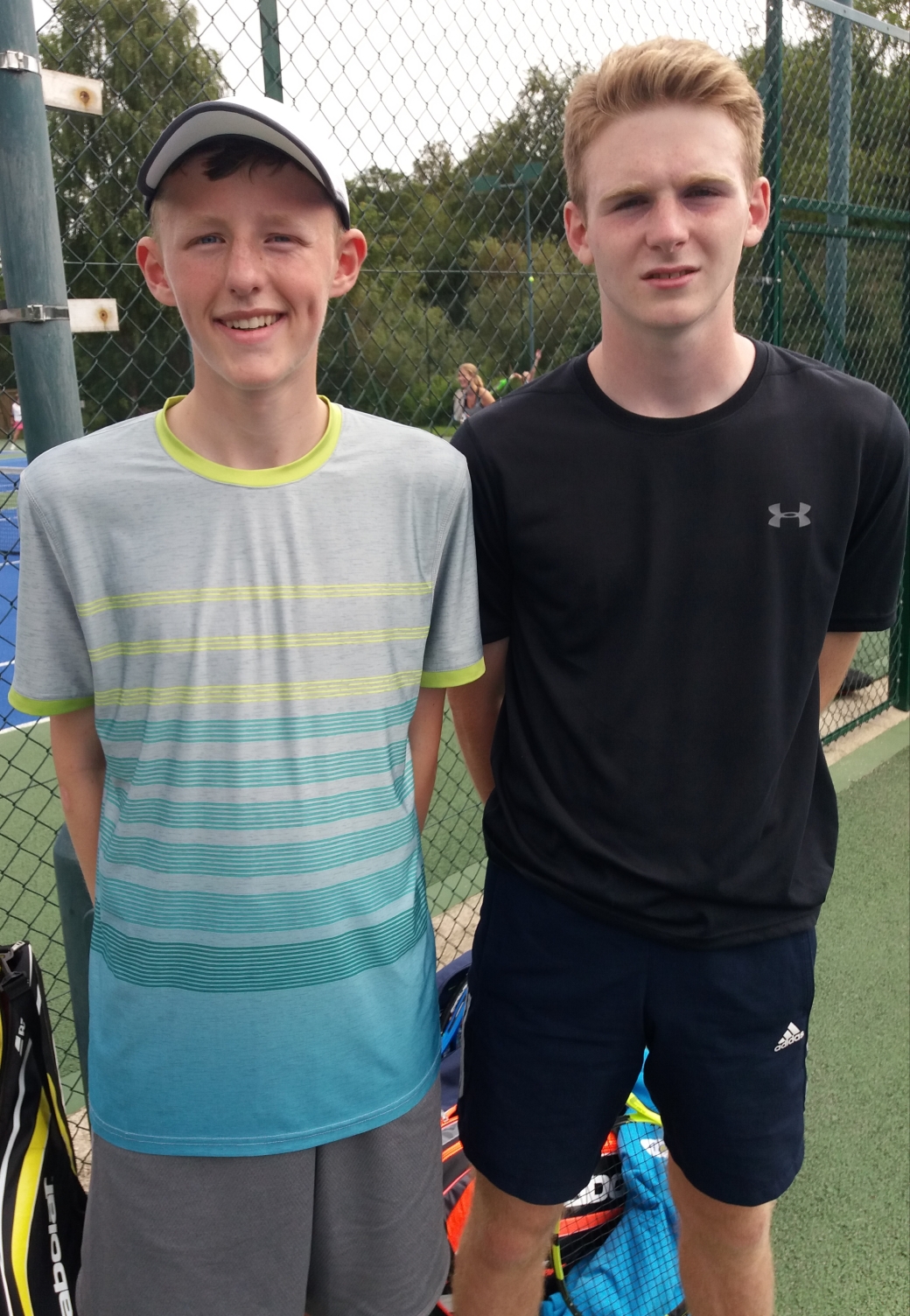 Bradley Triffitt and Ollie Newsome played some scintillating tennis this afternoon and both lads were a real credit to the club as well. They have both come through the excellant coaching set up at Wetherby and are a real testament to the ongoing programme of talent that this continues to produce.

Captain Mike Triffitt has been an ever present this season and despite looking almost as orange as Richard Franks shirt after the duo played an extra 40 minutes on court compared to Brad and Ollie, both men celebrated their promotion with wide smiles afterwards.