Despite heavy rain throughout the day, Rufforth 2 and Knaresborough 1 defied the odds to open the 2019/2020 Winter League season at Wetherby this evening. With the forecast offering more hope for later, the teams began and despite drizzle during the second round the temperatures were warm and pleasant and the courts remained playable allowing for an exciting contest. There was little between the teams but Rufforth showed the greater consistency and with wily veteran Phil Sinton and the powerful Dan Russell both in good form they helped pave the way towards victory. Captain Philippa Page played an influential role in helping Rufforth ladies second team to title success in York Division 5 during the summer whilst Emma Whiting showed why she played in the ladies first team in Division two with some excellent eye catching tennis.

A 45-27 success takes Rufforth to the top of the table and all the players must be congratulated for showing great bravery to ensure the season started on time thanks. 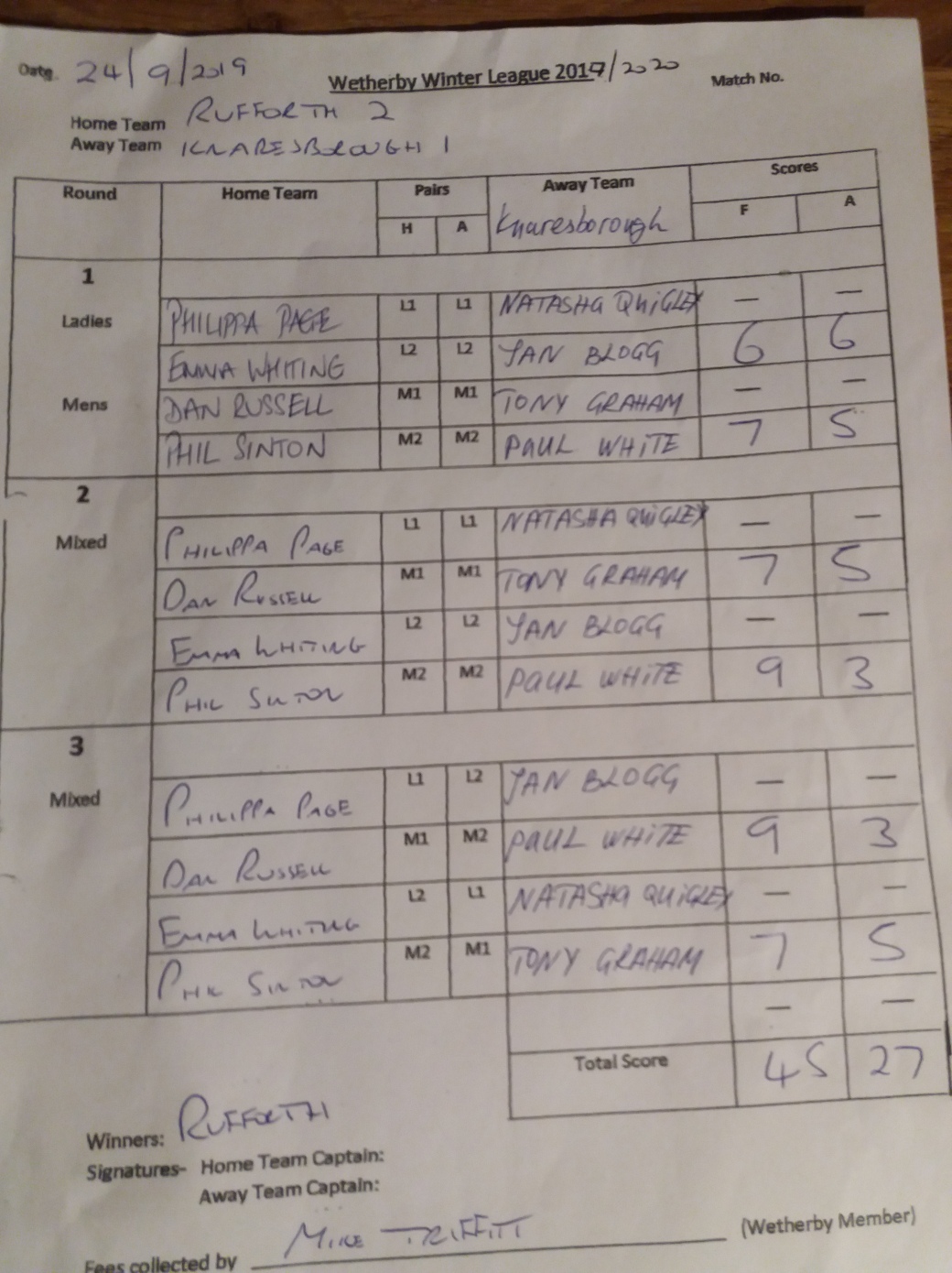